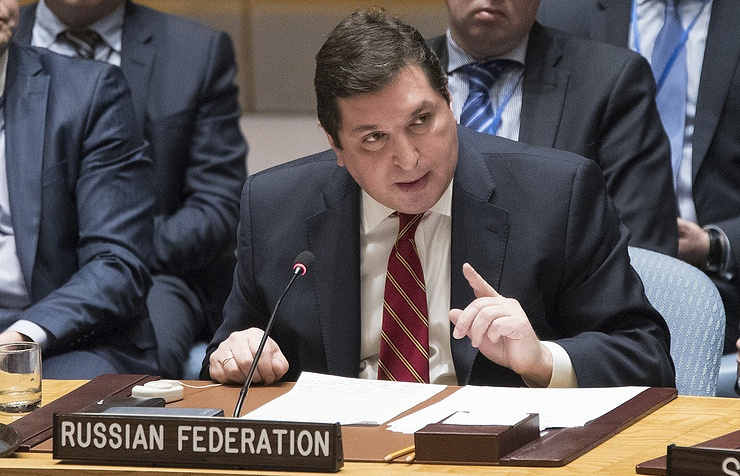 UN, July 15. /TASS/. A closed meeting of the UN Security Council on Syria was very constructive, and all participants acknowledged that around the Syrian problem a “positive atmosphere”. This was stated to journalists on Friday the Deputy permanent representative of the Russian Federation at the world organization Vladimir Safronkov following the meeting of the security Council.

According to Safrankova consultations “were held in a constructive atmosphere.” “All recognized that around the Syrian problem is formed and aktiviziruyutsya positive atmosphere, the working infrastructure. In this regard, highly noted the role of process in Astana, the role of the agreements reached Russia, the US and Jordan in Amman plus the Geneva talks. All this has had a positive impact on regional realities in Syria from the point of view first and foremost the cessation of hostilities”, – said the diplomat.

He stressed that the special envoy of the UN Secretary General, Staffan de Mistura, who spoke at the meeting of the security Council by video link from Geneva, “filed in the situation made the correct perspective”. “He said that the priority in Syria is fighting terrorism. When the progress on this front will be achieved, of course, opens the prospect for progress on other issues,” – said Safronov. Speaking of which ended in Geneva round of talks between Damascus and opposition, he that “began a dialogue between the Syrian parties.” At the same time he stated that “there remains the problem of consolidation of the opposition.”

Following the consultations, security Council diplomats of other countries abstained from communicating with journalists. However, one of the diplomats who participated in the meeting, in an informal conversation with the correspondent of TASS noted that the discussion behind closed doors was held “in a positive way”. “This is encouraging”, – said the Agency interlocutor.

De Mistura, following the meeting of the security Council gave a press conference at which he announced that he plans to reconvene the Syrian parties in Geneva in September. The emissary expressed the hope that the next round of negotiations will be held directly and not through an intermediary in his face.