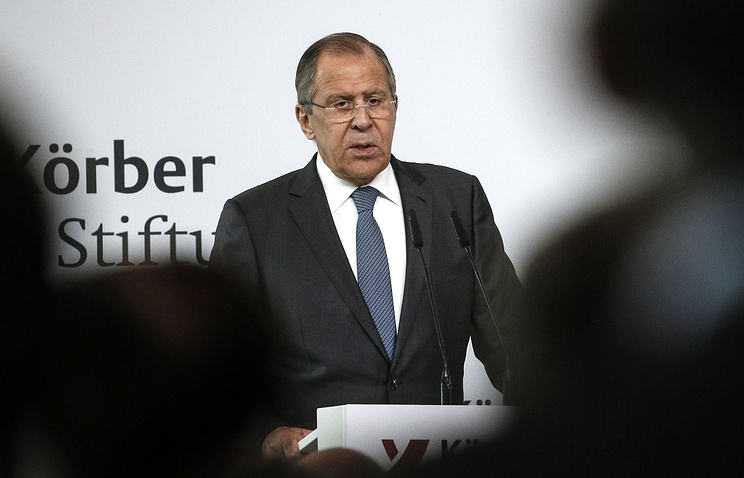 BERLIN, July 13. /TASS/. Russia confirms that it will not engage in any negotiations about the conditions of lifting of unilateral sanctions. This was stated on Thursday Minister of foreign Affairs of Russia Sergey Lavrov, speaking at the site of the German Fund of a name of K. Kerber.

“I want to reaffirm that Russia will not get involved in negotiations on certain conditions for lifting the sanctions, said Russian foreign Minister. We had, as you know, to reciprocate and to start solving problems of development of Russia, based on the need to get rid of dependence on those who turned out to be an unreliable partner, and those who are willing, as it turned out, to bring their national interests into the victim block interests and geopolitical games. Sadly, to pay for this largely accounts for the Europeans, and to pay for the destruction of the quality of relations with our country, the relationships that for decades had carefully strengthened the most sagacious and responsible leaders of the continent.”

“Very destructive role played by the sharp increase in unfair competition in world politics and Economics, he said. – The use of such open forms of protectionism, as a one-way restriction is not just illegal, contrary to international law and principles of the world trade organization, but also undermines trust in international Affairs, prevents the establishment of constructive work to address common urgent problems, and often hits the initiators of such unilateral restrictions”.

The Russian foreign Minister recalled that the imposition of sanctions is prerogative of the UN security Council which is used exclusively for the maintenance of international peace and security.

However, the head of the Russian foreign Ministry said that Russia is ready to resume relations with the EU, but will be more cautious in case of resumption of confrontational intent on the part of Europeans. “Who knows the Russians, he will understand that it is not in our nature to be offended, not in our nature to keep evil on someone, – said Lavrov. – If ever in the EU are aware of the need to return to normal relations with Russia is in debt will not stay; we will promote the collaboration at the rate and on the depth to which will be willing partners. But the safety net of a possible new relapse of confrontation, we, I think, save”.