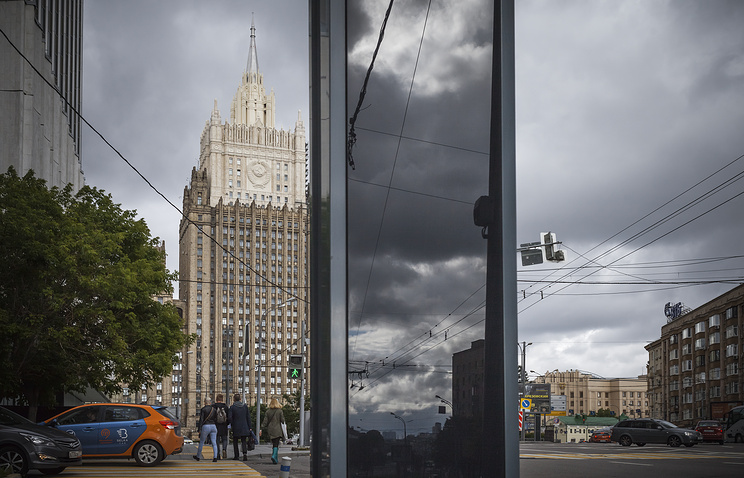 “For several months, the problem is that we do not have access to our facilities. We have no idea what is happening there. According to our data, the penetration has been, repeatedly they were wrong. Who comes back? You know perfectly well that to death already frightened American citizens decided to see what there is in Russian. You know perfectly well that the access to these objects are carried out by the security services,” she said, noting that such incidents can lead to emergency situations at, for example, fire.

Zakharova also commented on media reports about the possible presence on the territory of the Russian departmenti reconnaissance equipment. “Now there is a topic in the media thrown in, that there allegedly was equipment. If the equipment was there, everything would Newspapers have published photographs. The question is: what are they for half a year did there. Wouldn’t the situation when you now open this gate, we’ll see of anything there that is unclear. It all can be,” she added.

The official representative of the Russian foreign Ministry expressed hope that the forthcoming meeting of the Deputy Minister of foreign Affairs of the Russian Federation Sergey Ryabkov with the U.S. Deputy Secretary of state Thomas Shannon will end “very concrete” steps to resolve the problems of the two countries. “After this meeting, I think, given the outcome and how it will be, will make appropriate conclusions on where we’re moving”, she said. “Until now, we assumed that this problem needs to be solved in a civilized way, within the legal framework and, perhaps, humanly, given all the fab buzz in Washington,” – said Zakharov.

At the end of December 2016, the US administration, then headed by Barack Obama, has imposed sanctions against Russia, persona non grata 35 employees of the Embassy in Washington and Consulate General in San Francisco, as well as with two Russian diplomatic villas in the States of new York and Maryland. Access to the Russian staff of these complexes were banned. The response of the Russian Federation has still not adopted.

On 14 July the Deputy assistant of the us President Sebastian Gorka told the media that the administration of U.S. President Donald trump is exploring the question of removal of arrest from departmenti Russia in the United States and could take this step if Moscow will show honesty of intentions on Syria.

The official representative of Russian foreign Ministry Maria Zakharova said that “if it does not move”, Russia is ready to significantly reduce the number of employees of the U.S. Embassy in Russia, and to seize the American Embassy dacha and warehouse as a reflex action to the actions of the American side.