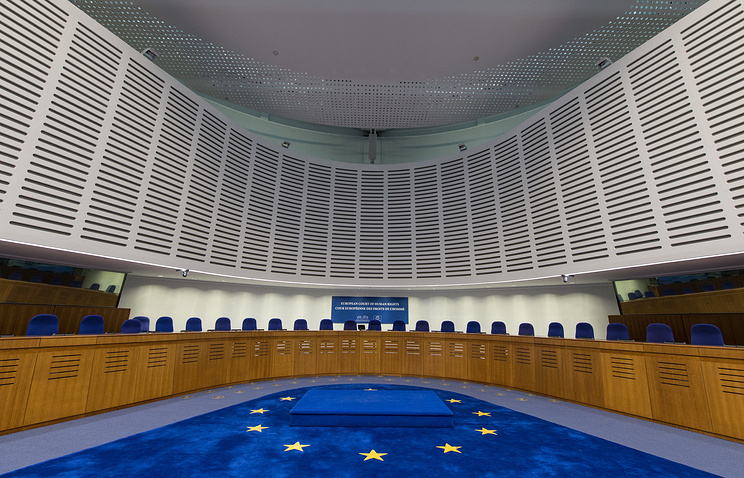 “The request of Russian authorities to transfer the case to the Grand chamber is based on the identified apparent contradictions in the practice of the ECtHR, formed according to similar circumstances in other countries of the Council of Europe, which can be considered as an explicit application to Russia of double standards when evaluating the European court of justice effective planning and control of rescue operations, as well as the use of force by members of special forces during counter-terrorism operations and the release of the hostages”, – is spoken in the message of justice, received by TASS.

Contradictions a number of

The Ministry cited the ruling in the case “Armani Da Silva V. the United Kingdom” in 2016, when the Grand chamber of the ECHR has applied a completely different approach to creating relevant insights. In particular, after the tragic bombings on 7 July 2005 in the London underground and the detection of 21 July 2005 bombs in subway and bus in London law enforcement during planned RAID was shot 11 shots of Brazilian national Jean Charles de Menezes on a subway train as suspect of involvement in the attacks. Subsequently, his involvement was not confirmed. “Despite this, and given that none of the police were not involved neither to criminal, nor even disciplined, the Grand chamber has found violations of article 2 of the Convention in the planning and conduct of the operation and effectiveness of the investigation”, – explained in the Ministry of justice.

Based on the comparative analysis of the conclusions of the ECHR in the British case and in the case of “tagaeva and others against the Russian Federation” the Russian authorities indicated that the European court on a number of the existing contradictions, the main of which is the unjustified accusation of the Russian special services that they allegedly failed to make sure none of the hostages in the school building to the use of heavy weapons against the terrorists. “The Russian authorities were forced to draw the court’s attention to the previously made conclusions about the actual approval of the use of the British police weapons against civilians based on their subjective belief that he is a suicide bomber, despite the absence of any grounds for such a suspicion,” – said in the Ministry of justice.

The report said that the special attention of the government of the Russian Federation devoted to the refutation of the conclusions of the first instances of the ECHR that national legislation should reflect a detailed description and content of rescue and counter-terrorist operations, indicating methods and types of weapons that should be applied in each particular case. “Obviously, such findings indicate a lack of understanding of the judiciary of the circumstances in the modern world the situation of confrontation of European States to the threats posed by international terrorism, and the specifics of anti-terrorist activities and characteristics of counter-terrorist operations”, – explained in the Ministry of justice.

The Ministry believes that the assessment of such tragic events, including those which have lately become commonplace for the European countries, we should consider that terrorists are ignoring democratic procedures, do not consider the norms of morality and law, reject the possibility of a civilized discussion. “Charged with the ECHR requirement of transparency of methods of dealing with crisis situations will inevitably contribute to the effectiveness of planning and execution of terrorist acts and intelligence agencies will create obvious obstacles to stop them”, – explained in Department.

The authorities of the Russian Federation drew the attention of the ECHR to the fact that in various European countries, when in the hands of a few people, in some cases, not having weapons was a small number of hostages, States often could not prevent the capture of the hostages, nor to resolve such a crisis without sacrifices. “In this regard, the European court communicated the position of the Russian side about the circumstances and the stages of the operation to free the hostages, during which the national authorities and law enforcement agencies encountered unprecedented challenges,” said the Russian Ministry.

“On the basis of the above reasoning and taking into account the number of terrorist acts in countries of the Council of Europe, the government urged the court to reconsider its conclusions and to make sound and informed decisions, allowing national authorities of all countries of the Council of Europe to effectively counter the terrorist threat and to protect the life and health of citizens”, – concluded the Ministry.

Informed that the Ministry appealed the court’s decision, said the lawyer Sergey Knyazkin, representing some of the victims.

“We received a notice that on the eve of the Ministry of justice filed a complaint against the decision of the ECHR and asked to review the case in the Grand chamber”, – he said.

As he explained, the ECHR now has to consider the representation and in case of sufficient justification, the case will be sent to the Grand chamber of the European court for reconsideration. “The Grand chamber considers complaints if there are serious legal gaps in the solution. I see none, so I’m not sure that the matter will be reconsidered,” concluded Knyazkin.

The attack and the decision of the ECHR

13 April, the European court ordered Russia to pay the plaintiffs in the case of the terrorist attack in Beslan, about €3 million In case are 409 plaintiffs, including members of the families of the victims of the hostage taking and subsequent storming of the school in Beslan, as well as persons who were themselves among the hostages and were wounded.

A group of terrorists numbering more than 30 people seized school No. 1 in Beslan in the morning of 1 September 2004, during the festive line. The terrorists herded into the school gym more than 1 thousand hostages, including young children. People were forced to stay in school for three days without giving them water and food. Operation on release of hostages began on September 3.

As a result, the victims of the tragedy were 334 people, including 318 hostages, from which 186 – children. Killed 10 commandos, the two rescuers and 15 policemen. Injured was 810 hostages, members of the special forces, police and military personnel.