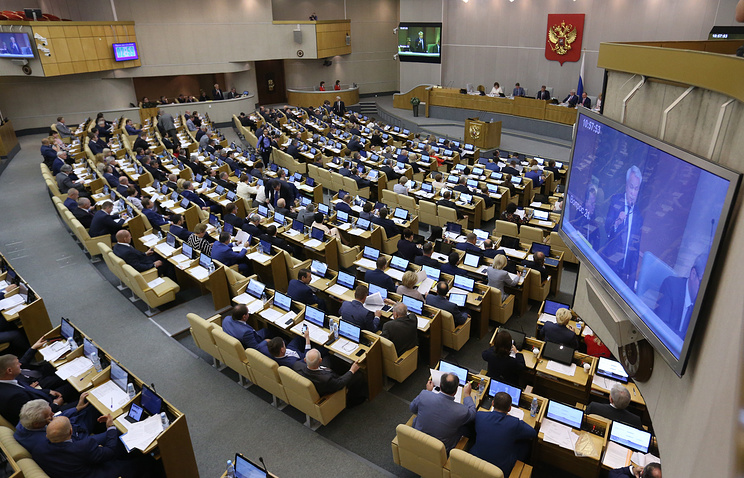 MOSCOW, July 14. /TASS/. The state Duma at session on Friday ratified the Council of Europe Convention on laundering, search, seizure and confiscation of the proceeds from crime and on the financing of terrorism.

The document was signed on behalf of the Russian Federation on 26 January 2009.

“Ratification of the Convention by the Russian side will increase the efficiency of interaction of Russia with foreign countries in the fight against legalization of criminal incomes and the financing of terrorism, to create additional opportunities for the development of international cooperation of the competent authorities to identify, the seizure and confiscation of proceeds from criminal activities, to strengthen legal guarantee of interaction and cooperation”, – stated in the accompanying materials.

For the implementation of the Convention “determined by Central authorities in the Russian Federation in the direction of queries and responses in accordance with the provisions of the Convention, for the execution of such requests or their transmission to the bodies having the necessary competence for their implementation, determines the division corresponding to the value of a financial intelligence unit in the Convention”. The Ministry of justice, Prosecutor General’s office and the Federal service for financial monitoring.

The explanatory Memorandum also notes that a number of provisions of the Convention provides for the variable state action in the execution of its obligations. In this regard, the bill provides for reservations based on the requirements of the legislation of the Russian Federation.

“So, there is a statement that provides for the application of paragraph 1 of article 3 “Confiscatory measures” of the Convention only in respect of the offences set forth in paragraph “a” of part one of article 104.1 of the Criminal code of the Russian Federation. This statement is attributable to provisions of the criminal code, under which confiscation of property means forced gratuitous withdrawal and treatment in the state on the basis of a conviction property (including money and valuables), resulting from the Commission of such crimes”, – explained in the accompanying documents.

We also made reservations concerning confiscation measures, powers and techniques during the investigation, requests information on Bank accounts and requests their monitoring, execution of confiscation, delivery of documents, request forms and its language, limiting the use of information and evidence, cooperation between financial intelligence units.

As stated by the head of the international Affairs Committee Leonid Slutsky, “the Convention meets previously adopted Russia’s international obligations in the sphere of combating legalization (laundering) of incomes obtained in a criminal way and financing of terrorism”.