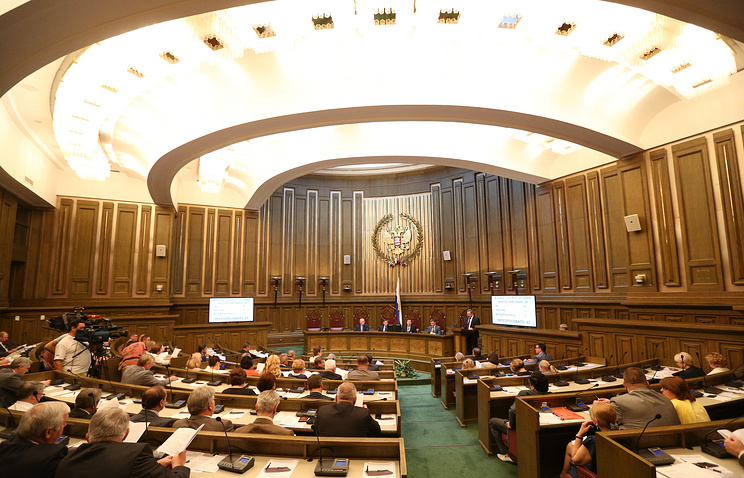 MOSCOW, July 13. /TASS/. The Supreme court of Russia initiated a structural reform, which involves the creation of judicial districts.

The Plenum of the Supreme court on Thursday endorsed the draft laws to be submitted to the state Duma is expected in the autumn session.

The motives of the reform

The Supreme court reiterated that the appeal against the decisions of district and magistrate courts consider the bureaux of the national, regional, provincial and equivalent courts. They consider appeals from interlocutory decisions on cases before their court (appeals against final decisions or verdicts of the Supreme court).

“At present there is an objective necessity of creation in Russia is structurally independent of the cassation and appeal courts of General jurisdiction, which is determined by the need for particular judicial levels in order to create independent and Autonomous judicial bodies whose activities will not be managed in the same subject of the Russian Federation and especially in the same court in which the case was heard at first instance”, – stated in the explanatory note to the bill.

This will allow “to improve the hierarchy structure of the judicial system of the Russian Federation and to optimize the judicial load”, according to the Supreme court, citing the positive experience of operating of district arbitration courts.

The bill proposes to create nine appeals and five courts of appeal (and the same number of judicial districts) for consideration of criminal, civil and administrative cases. The cassation courts will refer cases that are now in cassation consider the presidiums of regional courts. They will become the single appeal for appeals against the decisions of global, regional and garrison military courts.

Appeal courts hear appeals against decisions rendered in first instance in national, regional, provincial and equivalent courts. They will be given and the appeals that are now before the Supreme court.

Thus “exclude the situation in which verification of any judicial act is done in the same court in which the case was considered as a court of first instance”. In addition, from the jurisdiction of the Supreme court will be excluded from the consideration not enforceable solutions. As noted in the explanation, consideration will reach the Supreme court only in exceptional cases – when exhausted methods of checking the judicial act in the subordinate courts.

The cost of reform

According to preliminary estimates, the costs of structural reform will amount to 4.3 billion rubles. Of them 3.5 bn – on the creation of the Supreme court of cassation (about 2.2 billion will be spent on payments in connection with the dismissal of the courts regional level 723 1326 judges and workers of offices of courts, the staffing of which will give to the district courts, 850 million roubles on the equipment of the rooms appeal courts, offices of judges and workers of offices of courts).

Cassation courts is proposed to be located in Kaluga, Moscow (in the building at Barrikadnaya, where previously housed the Moscow regional court), Saint-Petersburg (in the former building of the Saint Petersburg city court), Krasnodar, Pyatigorsk, Kazan, Perm, Kemerovo, and Vladivostok.

In turn, the appellate courts will be located in Voronezh (or Ivanov), St.-Petersburg, Krasnodar (or Sochi), in Nizhny Novgorod, and Tomsk. They will hear appeals against decisions of the Republican, territorial, regional courts and district military courts.