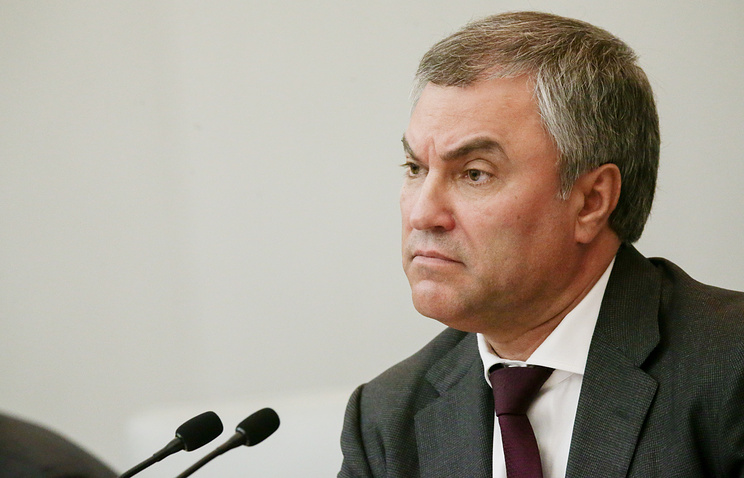 MOSCOW, July 14. /TASS/. The state Duma has saved nearly 30 million after the introduction of the rules of court provisions on the possibility to be absent from a meeting without pay. This was announced at a Friday meeting speaker Vyacheslav Volodin.

“For your information, dear colleagues, since the adoption of the decisions when we decided on the procedural norm that you can write a statement [a meeting] at your expense, savings on the wage Fund amounted to 28 million 437 thousand rubles 91 kopecks,” – said the head of the lower house of the Parliament, reminding that these funds will be credited to the budget of the Russian Federation.

For his part, first Deputy head of the faction of the Communist Nikolai Kolomeitsev proposed to direct these funds to the Fund of remuneration of assistants to deputies working in the Duma. “Their salaries are much lower than that of the deputies,” he recalled. In response Volodin called this idea deserves attention and offered to discuss it with the participation of the Duma factions.

Early Friday plenary the Chairman of the Duma Committee Olga Savastianova noticed that, according to the current registration chamber “is getting closer to the real numbers”. “We have to date in accordance with the documents which confirm the respectful nature of the absence at the meeting of the state Duma, should be no 40 people. Check showed 405, that is, five people are those in respect of which we need to understand,” she explained.

“On the facts: three people resigned, 10 are temporarily unable to work, one on vacation, 15 – without saving the salaries of nine people in the mission, one man – [missing due to] the performance of duties of a member of the Council of the state Duma” – led the statistics Savastyanova.