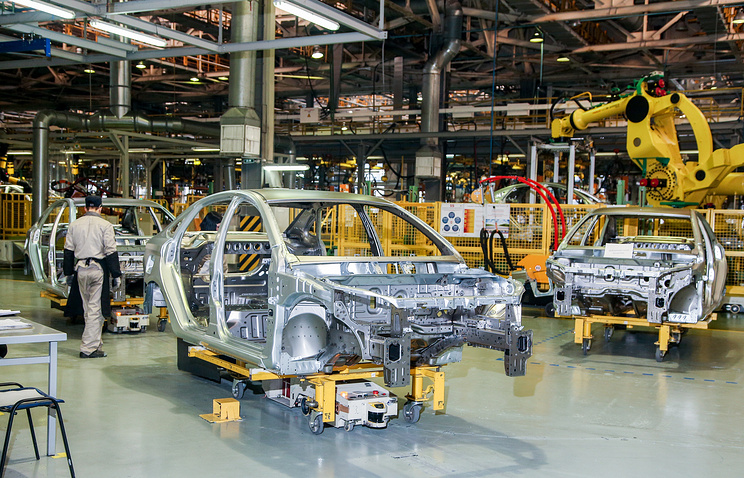 TOGLIATTI, July 15. /TASS/. New AVTOVAZ LADA Vesta SW Cross will go on sale this fall, presumably in October-November. On Saturday at the open Day of “AVTOVAZ” announced the President of the automaker Nicolas Moore during the presentation of the new model.

“The car LADA Vesta SW Cross will go on sale probably in October-November, in the last quarter of the year, but the exact date has not yet been appointed,” said Moore. The head of “AVTOVAZ” was not yet ready to reveal the price of the model: “the cost you will learn in the autumn”.

As previously reported, the LADA Vesta SW Cross combined expressive design with the features of the crossover. The basic lines of the body design, the novelty has inherited from the concept Cross Concept, presented at the International fair of offroadsters, crossovers and all-terrain vehicles “Moscow Off-Road Show” in 2015. The wheels are larger and original suspension settings is allowed to increase the ground clearance of LADA Vesta SW Cross up to 203 mm – rate, more usual for a segment of the classic crossovers. As mentioned earlier Mor, manufacture of the wagon and its cross version will begin in Izhevsk in the second half of 2017.

LADA Vesta created on the platform LADA B/C, developed by engineers of AVTOVAZ in collaboration with the experts of the Alliance Renault-Nissan. The production of LADA Vesta sedan began at the Izhevsk car plant in September of 2015. A year later came off the Assembly line fifty thousand LADA Vesta. During this time, the car is among the most popular cars on the Russian market.

On December 9, 2016 LADA Vesta began to produce and plant “Asia Auto” in Kazakhstan.