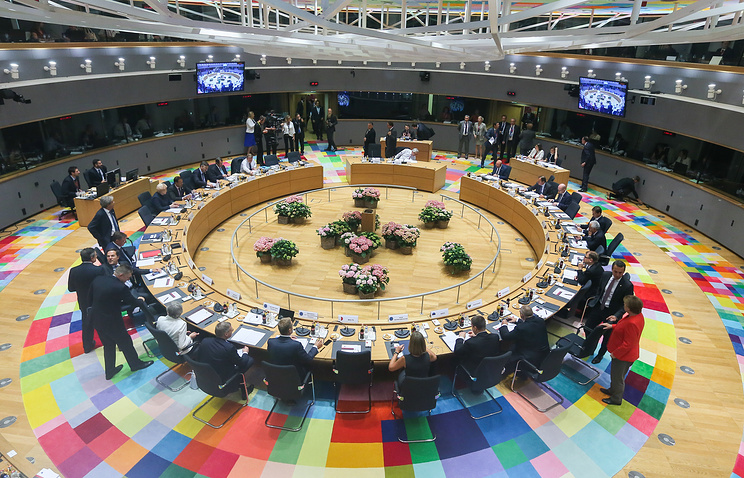 BRUSSELS, July 17. /TASS/. The Council of the EU made on Monday, the procedure for adoption of temporary trade preferences for Ukraine for a period of three years. This is stated in a statement on Monday the statement of the EU Council at level of foreign Ministers. The decision will come into force on 1 September 2017.

“With today’s decision we will allow to export to the EU more products. It is our duty to support Ukraine and to strengthen political and trade ties, especially in the face of conflict on its territory”, – said in a statement.

4 Jul these measures approved by the European Parliament. The author of the project, the Polish MEP Jaroslaw Walesa then expressed the desire to support reform in Ukraine, to strengthen small and medium enterprises and create conditions for the growth of trade. He also expressed the hope that the funds “will strengthen our relationship and provide effective assistance to Ukraine will be economically and politically beneficial for the Ukrainian people.”

The adopted document, in particular, provides for the introduction of additional quotas, in which Ukrainian producers will be able to import duty-free their products on the European market. First of all it concerns agricultural producers: EU highlights Ukraine’s annual quota for duty-free import of tomatoes (3 thousand tons), wheat (65 thousand tonnes), corn (625 tons), barley (325 thousand tonnes). During the discussion on EU quotas for Ukraine was revised downward taking into account the interests of European manufacturers.

Introduced trade preferences for Ukraine under the Association agreement with the EU. The document emphasizes that one of the main requirements to Kiev remains the fight against corruption and respect democratic standards.

“Articles 2 and 3 of the Association agreement provides that respect for the principles of democracy, human rights and respect for fundamental freedoms and the rule of law, as well as efforts to combat corruption and organized crime and measures to promote sustainable development and the idea of effective multilateralism, the basis of relations with Ukraine”, – stated in the document.