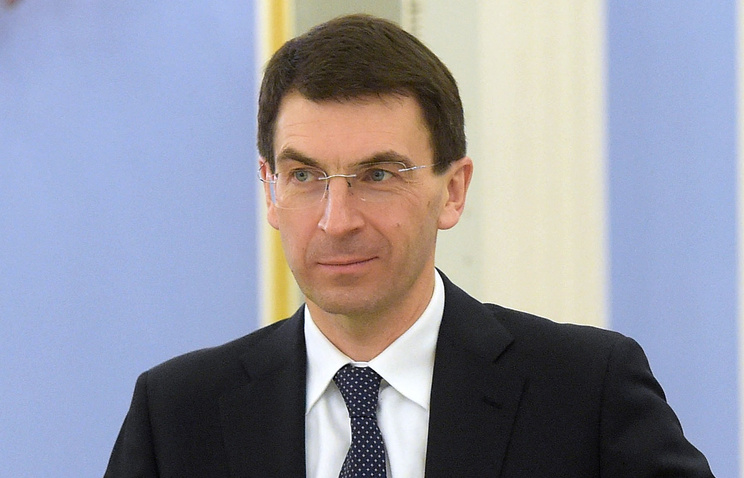 SAINT PETERSBURG, July 14. /TASS/. Banks and other companies involved in building “the digital economy”, should use the state to create a common infrastructure for storage and distribution of data, which in the future will allow Russian companies to compete successfully in foreign markets, said the assistant to the President Igor Schegolev within the International financial Congress.

According to the Bank of Russia, more than 70% of the banks intend to invest in digital financial technology in the next three to five years. While the banking community becomes the owner of a vast array of data that the new economy is a core value.

“We have to decide what things are best to do together and what more to win and to compete not only in domestic but also in foreign market. Saving this resource and creating things infrastructure, we will be able then to enter the foreign market,” – said Shchegolev. He cited the example of China, where the regulator first, closed domestic banking market and raised national Champions, which then became competitive in world markets.

“We are in a different environment we would not isolate ourselves, but we can concentrate resources on the areas of the main attack, in order to be competitive not only among themselves but also in the global arena. With regard to the General principles, it is necessary to introduce the rules of the road. The construction of these rules is the task of the state,” – said Shchegolev.

According to him, it is unclear how data can be processed and how to protect them, it would be unwise now to lay them on several systems and then to ensure the safety of each of them. However, certain data must be provided through public infrastructure, created with the participation of the state.

“Had a long discussion on this topic and came to the conclusion that identification is still a government function. Biometric data is already accumulated them, biometric personal data already protected by legislation. If there are any services infrastructure, their wise to make through our cooperation”, – said the assistant to the President, stressing the need to create confidence among all participants in the process.

According to the Deputy Chairman of the Central Bank Olga Skorobogatova, which is responsible for new technology, finding a middle ground between the interests of the state, business and population is the main question that puts the prospect of the development of the digital economy in front of the regulator and the banks.

Skorobogatova said that creating infrastructure projects necessary to avoid the duplication of developers, operators and participants of new information systems. She agreed with Shchegolev that national infrastructure can solve common challenges, and cited the example created with the participation of the Central Bank a unified system of biometrics and identification.

“We need to build a system that will allow citizens and government to have a single source of information, but the banks for their own purposes, which do not contradict a single platform, would be able to use it within their business models,” – said Skorobogatova. She added that unnecessary regulation can inhibit technology development.

“We cannot and should not regulate technology, it’s pointless. What we need to do as a regulator and as a state is to identify new areas of risk and understand how to regulate and implement the risks in a particular area,” she said. The security and protection of citizens ‘ interests is the third challenge confronting banks and regulators.

The regulation of new risks associated with the development and implementation of modern financial technology, will receive, according to Skorobogatova, the name “regtech”. In this technology, in its view, cannot be adjusted.

“We need to understand how new business models that banks are now built and will build, these new risks will emerge and it is to him to require it”, she explained the meaning of the new term. New risks will in some form be included in the existing regulatory framework of the Central Bank.

The head of the Agency on insurance of contributions (ASV), Yury Isaev gave the example of an existing risk to private Bank clients. According to him, existing system of online banking do not contain mechanisms allowing the DIA to pay compensation to natural persons in the event of a Bank insured event (the introduction of the moratorium on satisfaction of creditors or revocation of license – approx. TASS).

“If there is an online Bank where we will not have any “primary” (the primary documentation of the client – approx. TASS), for us it would be extremely difficult. The screenshots from mobile devices we are likely to pay out just will not be able. While we have no protection in law in this respect is not” – said Isayev.

He explained that if the customer processed the transfer of funds to a Bank account in the traditional way, the Agency with the help of power structures is the material carriers of information placed in troubled banks the individuals with which it can compare the documents provided by customers for payments of ASV. However, this is not possible if the Deposit or the account was opened in the online banking and then in the most credit organization will “drop” the database. The head of the DIA offered in advance to describe the preventive solution to this problem.

“Logic dictates that at least once a quarter, the investor should obtain on paper a statement from the online Bank, it should he stored,” he said.