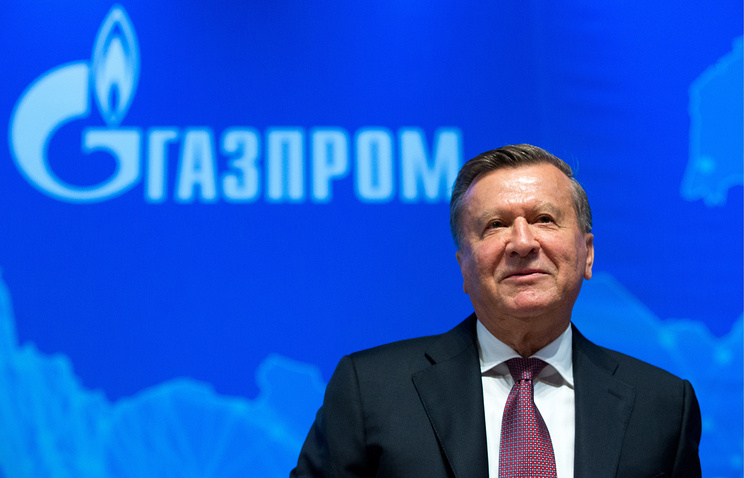 MOSCOW, July 14. /TASS/. The Board of Directors of “Gazprom” made the decision to create the Commission on strengthening of payment discipline in natural gas supplies on the domestic market of the Russian Federation, said the Russian gas holding.

The Chairman of the Board of Directors Viktor Zubkov has headed this Commission. It also includes Federation Council member Alexander Babakov became the Deputy Chairman, the Deputy Chairman of the Board “Gazprom” Valery Golubev, first Deputy General Director of “Gazprom export” Nikolai Dubik, head of the Secretariat of the management Board administration of “Gazprom” Nikolay Kruglikov.

“The Commission was created to further coordinate the efforts of Gazprom to improve the situation with payments for supplied gas. The tasks of the Commission include monitoring the debts of consumers of regions of the Russian Federation, development of proposals and measures for its reduction”, – stated in the message.

The Commission will submit the results of its work to the Board of Directors “Gazprom” at least once in six months.

At the end of the annual shareholders meeting of Gazprom on 30 June, Viktor Zubkov said that the debts for gas to Russia since the beginning of the year increased by 22% to 196 billion rubles on June 1. The first problem he called non-performance of some regions on preparation of consumers to receive gas.

He noted that only 11 subjects of the Russian Federation, among them Belgorod, Kemerovo, Kursk, Omsk, Penza, Tyumen and Yaroslavl regions, Kalmykia, Mordovia, Chuvashia and St. Petersburg, 2005-2016 has fully met the obligations on preparation of consumers to receive gas.

In this regard, when determining the volume of investment in the gasification of the constituent entities of the Russian Federation, “Gazprom” considers the level of payment discipline.