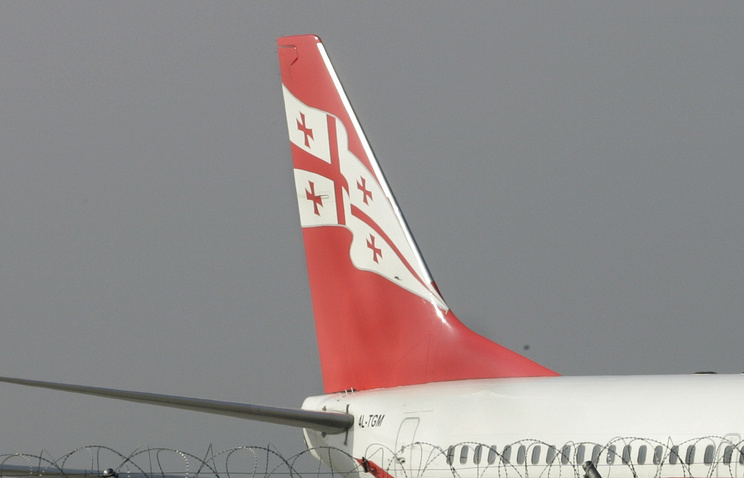 TBILISI, July 15. /TASS/. Restriction by the Ministry of transport of the Russian Federation the number of executed Georgian airline Georgian Airways flight to Moscow, and the theme of the inconsistency of flights of the Russian “Ural airlines” from Moscow Zhukovsky in Tbilisi are not connected. This was stated by reporters on Saturday in Tbilisi, the General Director of Georgian Airways Givi Davitashvili.

He noted that “the issue of flight from Zhukovsky town near Moscow is a subject of negotiations of the aviation authorities of Georgia and Russia, and Georgian Airways here at anything”. In his words, “agreement on the frequency of flights for Georgian and Russian airlines on the route Tbilisi – Moscow – Tbilisi has long been agreed upon, signed by the parties, received all permissions”.

The Ministry of economy and sustainable development of Georgia, the correspondent of TASS has not commented on the situation, saying that “the official position of the Agency will be published on Monday”.

On Saturday, Georgian Airways announced that the Russian aviation authorities suddenly notified the company of the abolition of four of the 21 flights on route Tbilisi – Moscow.

According to the Ministry of transport of the Russian Federation, limiting the number of flights of Georgian Airways have been entered in connection with the fact that in may the Georgian aviation authorities do not allow Russian airlines Ural airlines to carry out four flights from the airport in Zhukovsky near Moscow in Tbilisi with the summer schedule.