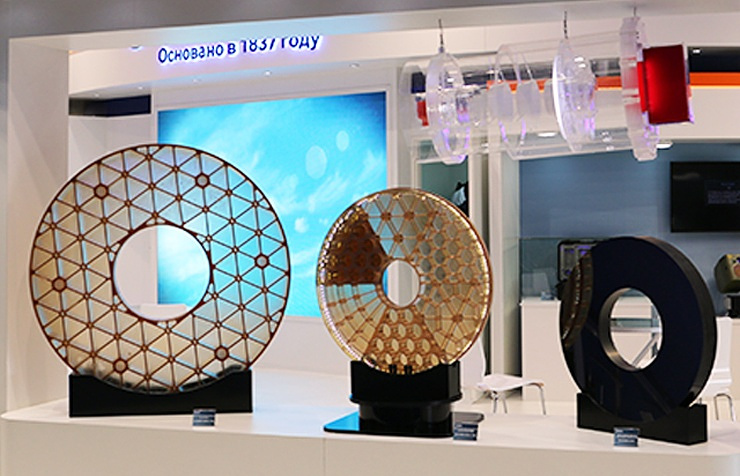 TASS, July 14. Holding “Schwabe” state Corporation “rostec” will present more than 70 developments on the 13-th International aviation and space salon (MAKS-2017), which will be held from 18 to 23 July in Zhukovsky near Moscow. This was announced on Friday the General Director of holding Alexey Patrikeev.

“Advanced development of the holding’s enterprises in the field of optics, electronics and navigation systems, and more than 70 will be submitted for a total exposure of e-cluster “Rostec”. This year products “Schwabe” will be presented in four thematic areas: “aviation”, “Space”, “Optics and Sights” and “air defense”, – quotes the words patrikeeva, the press service of the holding.

Among the developments that visitors will see MAX – opto-electronic and navigation systems for aircraft and spacecraft. The exposition will also present observation, thermal imaging equipment, optical materials and photodetector and laser technology.

The key exhibits “Schwabe” at the MAKS-2017, the press service of the holding, will be the lightweight mirrors made of polycrystalline glass (glass-ceramic material with ultra low coefficient of thermal expansion – approx. TASS), and silicon carbide for large-size optics and a wide swath multi-spectral opto-electronic devices “Aurora” for small spacecraft. Engineers and developers will also provide the visitors of the air show a variety of optical surveillance systems and devices for various types of equipment, allowing to obtain high-quality and stable image in all types of shooting, at any time, including in conditions of limited visibility.

MAKS is held once every two years. The event is held under the patronage of the President of Russia. In 2015 the exhibition was attended by more than 700 companies from 30 countries. The event was attended by more than 400 thousand people. The organizers of the show are the Ministry of industry and trade of the Russian Federation and the state Corporation “rostec”, the official organizer is JSC “Aviasalon”.

At the beginning of June is reserved over 95% of the exhibition area confirmed by more than 770 companies representing 30 countries. In the summer program will be attended by 84 of the aircraft, the skill will show eight aerobatic teams.