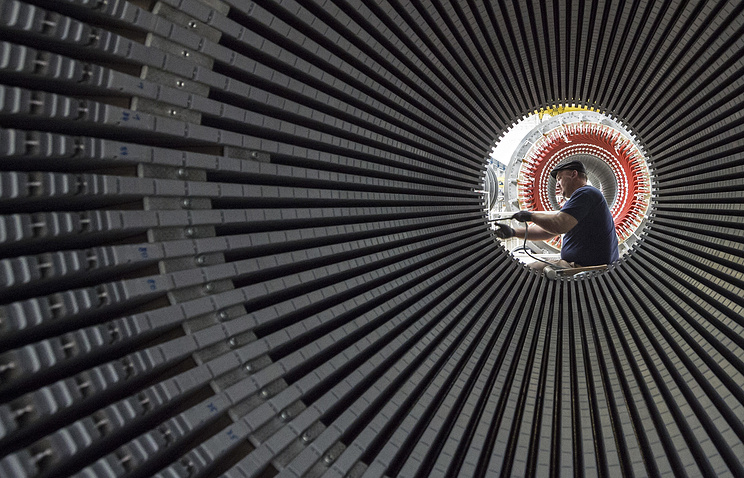 BERLIN, July 14. /TASS/. Siemens does not comment on “individual speculation of the media” in the case of supplying turbines for thermal power plants (TPP) in the Crimea. About TASS said the representative of the group Philip ENCs in response to a request to confirm or deny the information about the withdrawal of Siemens from the Russian company “Interavtomatika”.

“We do not comment on individual speculation in the media, he said. – We can’t prejudge an ongoing investigation”.

Siemens representative also recalled the statement in which it was reported that the company “is exploring further implications” in light of the scandal surrounding the supply of turbines on the Crimean Peninsula.

Previously, the newspaper Wirtschaftswoche, citing its own sources reported that German company Siemens is considering the possibility of an exit from “Siemens gas turbine technology” (a joint venture of “Power machines”) as well as from the company “Interavtomatika”, which owns 46%. The latter, according to Reuters, was one of the contractors engaged in the installation of turbines in the Crimea.

Siemens July 11, filed a lawsuit against the company “Technopromexport” for the supply of the Crimea gas turbine plants. A defendant in the suit also acts as a SP with “Power machines”, however, as explained TASS the representative a press-services of Siemens Wolfram Trost, the claims on the merits applies only to “Technopromexport”. Siemens stressed that insists that the turbine was returned to the original point of delivery – in the Taman.

According to sources Reuters, Russia has set in Crimea German Siemens turbine, despite EU sanctions.