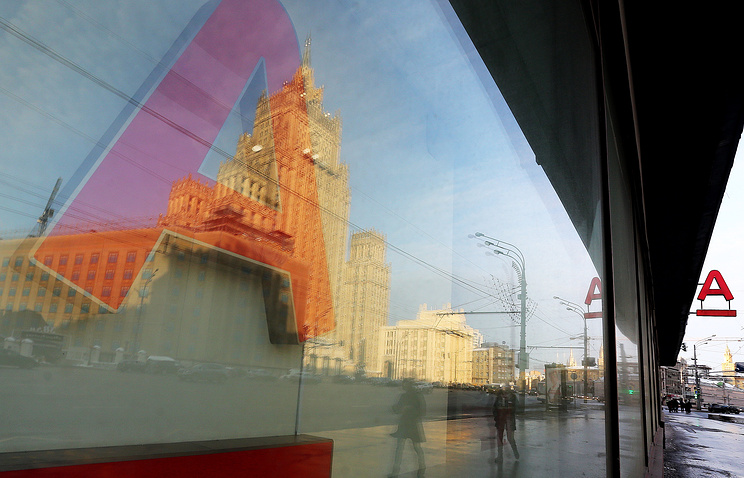 MOSCOW, July 17. /TASS/. A number of the largest banks, including VTB, VTB 24, Sberbank, Rosselkhozbank, Gazprombank, Alfa-Bank, Bank “FC Opening” and b & n, and decided to leave the Association of Russian banks (ARB). This is stated in the joint statement of banks.

“Since 1991, the Association of Russian banks (hereinafter – the Association) has done a lot to assist its members, the establishment and development of banking, the solution of problems arising in the financial sector of economy of the Russian Federation. However, we have to admit that in recent years the effectiveness of the Association’s activities has been steadily declining. This is largely due to the poor performance of its leadership, which, in our view, when making decisions not only ceased to consider the interests of its members – credit institutions, but also replaces constructive dialogue within the banking community many hours of speeches,” – said in a joint statement, the banks.

At the same time, according to banks formed the ARB is currently the position, the conclusions and evaluations do not reflect the real opinions of all market participants, undermine the confidence and business partnership between credit institutions, interfere with their constructive engagement and cooperation with the Bank of Russia and state bodies.

“It often happens that the credit institution does not participate in the preparation of the key documents guiding the activities of the Association. The style of these documents sometimes contain an invalid, in our view, the language and accusations, which undermine the trust relationship established in the banking community. In our opinion, unjustified criticism by the Association of a number of legislative initiatives (for example, proportional regulation of activities of credit organizations), as well as the activities of the Bank of Russia to cleanse the banking market from unfair participants, hinders the growth of prestige of the banking system, trust of customers, the development of competition in the financial market and leads to a deterioration of the quality of banking services”, – reads the statement of credit institutions.

According to banks, the level of competition in the financial market is not determined by the number of credit institutions and their quality: banks that have lost capital or systematically violate requirements of applicable law, should be removed from the market.

“In our opinion, because of the ongoing management of the Association policies its members – credit institutions in recent years are deprived of the opportunity to participate in the management of the Association, and the presence among its members a large number of organizations that are not banks and characterized by heterogeneous interests (often incompatible with the interests of credit organizations), led to the loss of Association status purely banking enterprises”, – said in a joint statement, the banks.

The responsibility for this situation carries the President of ARB, write the heads of the banks in a joint statement. According to them, the head of the ARB in its activities was largely motivated by personal interests. “Decisions are often made by the President of the Association single-handedly and are populist in nature, and the lack of calm, measured dialogue between him and credit institutions hindering the further development of the Association. Unfortunately, many members of the Association of credit organizations on personnel changes in the leadership of the Association, and also about change management principles were not heard. Given the above, we accept the decision to withdraw from the Association and we consider inadmissible all further actions carried out on our behalf”, – was stated in the joint statement of credit institutions.

In turn, the President of ARB Garegin Tosunyan said that regrets the decision of several major banks to leave the ARB and added that he rejects the accusations against the organization.

“We regret that some large credit institutions took the decision to withdraw from ARB. Articles of Association means the rule of “one member Association, one vote”, and this rule is strictly observed. All major decisions related to the activities of the Association, are made collectively by the Council of the ARB, shall be approved by the Congress of the Association. The position of the Association on the development of the banking sector, including those outlined in the report to Congress in 2017, was approved on a vote of Council ARB in March 2017 44 bedrooms “for” and one “no” vote and one “abstention”. In this regard, we categorically reject the charges of some credit institutions that the report’s conclusions do not correspond to the opinion of the members of the Association”, – reads the statement of the Tosunyan, posted on the ARB website.

Application for withdrawal of banks from the composition of the ARB, according to the Charter, will be considered by the ARB Board.

The Association of Russian banks

ARB is a non – government organization representing the interests of Russian banking community.