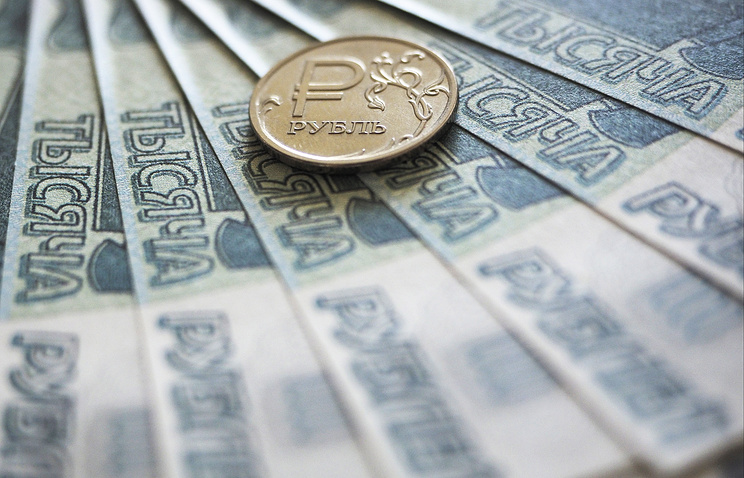 MOSCOW, July 17. /TASS/. The future of funded pensions, especially in voluntary deductions from wages, uncertain, since the income of Russians is too low to pay part of the pension is paid. Interviewed by TASS, the experts expressed concern that non-state pension funds (NPF) will not be able to meet its obligations for payment of pension savings in 2020 and will repeat the fate of some banks.

In July 2017, five years old, as entered into force the law that determined rules of payment of the cumulative part of pension. Prior to this law funded pension of citizens was formed, however, in the absence of a regulatory framework to be paid could not. From 1 July 2012 citizens have the right to the payment of the cumulative part of the pension.

Initially, it was implied that the pension will be divided into three parts: the base (government guaranteed), insurance (pension contributions, which are deducted from wages and guaranteed payment after retirement) and cumulative (real money personal account that until retirement can be invested in securities and other assets).

In 2014 pension accumulation of citizens “frozen” due to the difficult economic situations in the country, and 6% of insurance premiums intended for generating personal savings are forwarded to the insurance pension.

Suggest that the Ministry of Finance and the Central Bank

The Bank of Russia and the Ministry of Finance of the Russian Federation in September 2016 submitted proposals for the modernization of the system of pension savings – the concept of “individual pension capital” (PKI). It is assumed that the system of individual pension assets will earn not later than January 1, 2019, but the bill the Finance Ministry has not yet submitted.

The concept of a PKI implies the automatic connection of citizens to the formation of pension savings. Instead, employer contributions will do it worker: when it comes to work, the employee will automatically enroll in the PKI system, and automatically to 6% of his salary will be levied in the Fund for his personal account. While people will be able to unsubscribe. Encourage employers to participate in the system offers tax benefits.

At the end of June, the newspaper “Vedomosti” with reference to Deputy Finance Minister Alexei Moiseyev said that the Finance Ministry will make changes in the concept, since the establishment of the automatic subscription of citizens to pension accumulation without prior consent violates the Civil code. Since the mechanism of a public offer does not work in respect of complex financial instruments, to enter IPK default and without signature, will not work. Therefore, a point to participate in the PKI system will be embedded in the standard employment contract, but this will require changes in the Labour code of the Russian Federation.

Deputy Finance Minister Alexei Moiseyev said that the final version of the concept of IPK is a high degree of completion and until July 24 will be submitted for consideration the State Duma. However, until all its items have been agreed with the social side of the government.

Poor pension can not afford

The rector of Academy of labour and social relations (of atiso), former Deputy health Minister (2007-2012) Alexander Safonov, believes that the concept of a PKI has many disadvantages.

First, the number of people willing to deduct the pension from your earnings will be small because families with children often the salary is for current needs, and average earnings in Russia does not exceed 22-25 thousand rubles, in many subsidized regions – 17 thousand rubles.

Families with children will absolutely not interested to give from 1% to 6% for future retirement. In the current economic situation, with those revenues that are working citizens, is almost impossible

According to Safonov, only 8% of the population who receive a salary above 100 thousand rubles, can afford individual retirement savings. Evaluation of the Association of private pension funds is even lower, no more than 5-7% of Russians.

With this view agrees the Deputy Director of the Institute for social analysis and forecasting Ranhigs Yuri Gorlin, who took an active part in the development of long-term development Strategy of the pension system of the Russian Federation and is one of the key developers of the new pension formula. According to Gorlin, the idea of PKI is not feasible, considering the income of Russians, and those citizens who have high income can invest in more efficient and reliable tools. “But at least, it’s not exactly retirement savings in the form in which they now are, because the real yield on them is not more than 5%, which is even below the inflation rate of the previous years and even lower deposits in reliable Russian banks,” said Gorlin.

Deputy Director of the HSE Institute for social policy Oksana Sinyavskaya said that the population will not invest in PKI for the same two reasons. “First, we are a country with very low income, and for most people, the priority of expenditure on education of children, health care, caring for parents, housing, not to mention the fact that so many people need to eat and buy clothes.” And if people have the money, then, according to Sinyavsky, they will invest in alternative financial instruments with higher yield.

The fate of the NPF

A preliminary and informal assessment of the Bank of Russia are more optimistic. The Central Bank believes in the PKI system will involve about 60% of the population, and in the next 10 years can be held about 4 trillion rubles In the Fund is insured 34.4 million people and is situated 2.4 trillion of pension savings (data of the Central Bank for the 1st quarter of 2017). Since 2011, the number of insured in the Fund has increased almost three times, and the amount of savings in the NPF in 2011 increased six times.

The opinions of experts about the further fate of the NPF is divided. For example, former Deputy head of the Ministry of labor Safonov believes that the government faces the question of what to do in 2020, when it will be necessary to pay the pension from the funded part. “First in private pension funds will be a shortage of cash to pay for those obligations that arose from them and they can get into the situation where banks are forced then to close down, they no longer serve their customers,” said Safonov.

And according to Sinyavsky, the volume of payments will be very small in the coming years, and basically nothing with the NPF and the pension system will not happen. “Was the transition, then low rate moratorium, so the savings are not so much. The basis of the source of income of pensioners in the coming years will insurance pension,” she said.