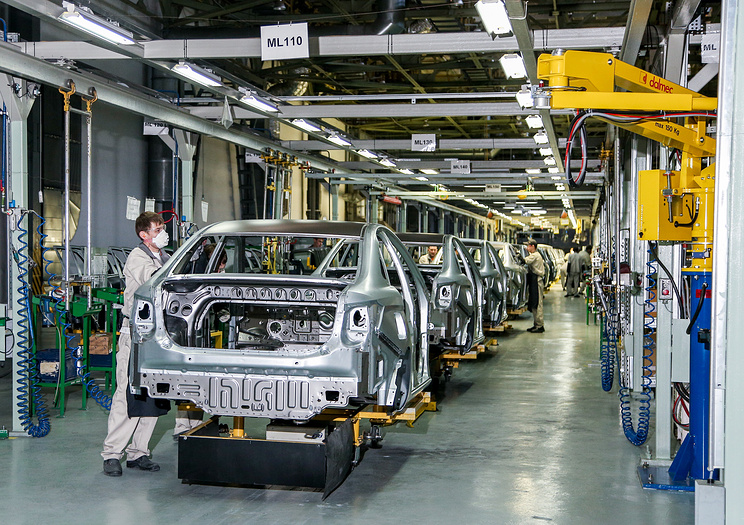 SAMARA, July 18. /TASS/. Over 200 people are expected to be dismissed with “AVTOVAZ” in Togliatti in the coming months in connection with staff reductions. On Tuesday TASS reported the press service of the government of the Samara region.

“According to official notification received from “AVTOVAZ”, the number of employees proposed for dismissal in the coming months in connection with reduction of number or staff of workers, including early retirement, is 215 people,” – said the press service.

As noted in the government of the region, and in 2014 implemented an interagency action plan to promote employment for citizens released from enterprises of Togliatti, including AVTOVAZ. The plan provides for the provision of a broad range of free public services: the organization of temporary and public works, referral to vocational training, the provision of vocational guidance services, conducting job fairs.

“In the event of deterioration in the labour market Togliatti will be taken additional measures to reduce tensions on the labor market”, – said the press service. According to the current month, the number of unemployed in Togliatti and amounted to 6.4 thousand people, which is 26,5% less than as at the end of July 2016. The unemployment rate in Togliatti was made in July 2017 1.5%, lower than the same period last year.

The company on Monday officially confirmed announced in February of this year about the reduction of 740 employees, not employed in primary production.

As stated on Monday, the Russian presidential envoy in Volga Federal district Mikhail Babich, the number of personnel of “AVTOVAZ” could decline by 6 thousand in 2017 and a further 2,200 in 2018.

In turn, the “AVTOVAZ” has denied the information about mass reduction of employees and assured that currently the company has no plans to increase the number of employees (740 people), subject to dismissal.

In addition, in June the head of “AVTOVAZ” Nicolas Moore in an interview with TASS already denied information about the dismissal of 2 thousand employees. As explained Mor, we are talking about the forecast reduction of the number of people in the industrial Park or other companies in 2017. Employees will be offered permanent jobs at the industrial Park residents – with the same salary and working conditions.

The creation of new jobs

As reported in June, in an interview with TASS on the sidelines of the St. Petersburg international economic forum (SPIEF) the Governor of the Samara region Nikolay Merkushkin, more than 1,5 thousand new workplaces should appear in Togliatti in the framework of the project of creation on the areas of “AVTOVAZ” Center for integrated solutions PJSC “Sberbank of Russia”. According to him, the region has a joint project with Sberbank, which translates in Tolyatti one of its units. In the first step, you create 1.1 thousand new jobs on the second – another 450 seats.

The project involves the reconstruction of the free space of the automobile. In the center will be able to find a job former employees of “AVTOVAZ” and its subsidiary companies. The integrated solutions will operate the call center of Sberbank, the staff will also prepare various analytical reports. Until September 1, 2017, the number of employees of the center should be about 1 thousand people.

For those who still decided to leave the company, implemented various programs, including a retirement program with corporate benefits, program support staff, shifting to other employers.

In addition, as explained by the Director of the Center for social and labor rights Elena Gerasimova, “from the point of view of labor legislation and employment legislation, the maximum value of release can be up to five times the average salary”.

This means that the retrenched employee can receive as compensation in case of dismissal of the order of five average monthly wages.

According to the annual report of the company for the year 2016, the average number of employees of “AVTOVAZ” amounted to 42,725 thousand people, with an average salary 28,939 thousand rubles a month.

The process of the staff reduction in AVTOVAZ, on the one hand, the natural aspect of modernization. But on the other, the issue is more social in nature, said independent auto Roman Gulyaev.

“The process of reducing there (“AVTOVAZ”), because production becomes more modern. On the one hand. On the other hand, it is clear that this question is more social than work, because “AVTOVAZ”, in fact, a one-industry town”, – said Gulyaev.