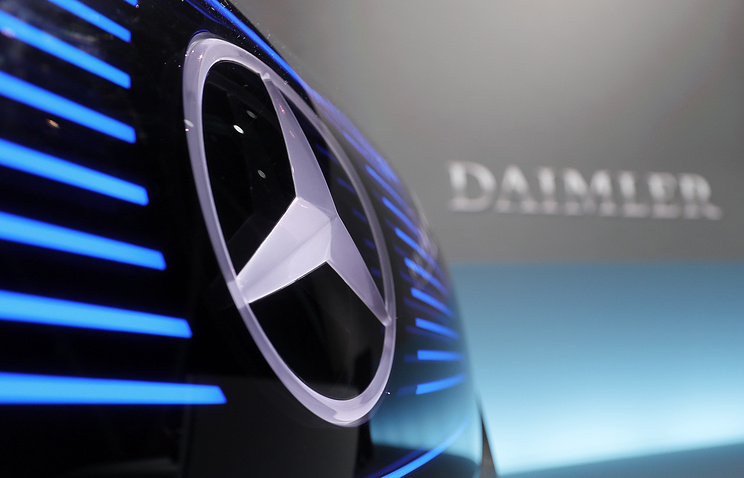 TASS, July 18. The Board of Directors of German carmaker Daimler has decided to expand revocable campaign for diesel vehicles of Mercedes-Benz.

As it is informed in published on Tuesday a press-release, extended service campaign will affect 3 million cars.

“The debate about diesel engines give rise to uncertainty, especially for our customers. We decided to take additional measures to reassure owners of vehicles with diesel engines”, – said the Chairman of Daimler AG Dieter Zetsche.

According to a press release service campaign, which began in March of this year, still affected only compact cars with engines of the same version. It was attended by only 45% of the total number of such machines. Now, the automaker has included in the list of almost all diesel cars of its own production, whose engines must meet environmental standards “Euro-5 and Euro-6”.

The campaign, aimed at reducing the content of nitrogen oxides in the exhaust of diesel vehicles will be conducted in close cooperation with the German regulators. For this purpose, Daimler intends to allocate approximately €220 million Which manipulations will be performed with engines, not specified.

In Daimler also promised to fight for clean air in cities by gradually electrifying its model range. While at the same time, the automaker is not losing faith in a power plant on heavy fuel, stating that they “will play an important role in view of their greater efficiency compared to petrol engines”.

On 12 July the Süddeutsche Zeitung reported that Daimler for 8 years – in the period from 2008 to 2016. – sold in Europe and the United States vehicles with unacceptably high emissions of harmful substances into the atmosphere. According to her, violations can reach the order of 1 million passenger cars and small vans sold in Europe and the United States. They are diesel engines OM642 and OM651, which, according to the Prosecutor’s office of Stuttgart, was used a mechanism that lowered the actual emission values.

The judgment States that Daimler thus has violated the regulations of the competent authorities, including the Federal automobile Agency.