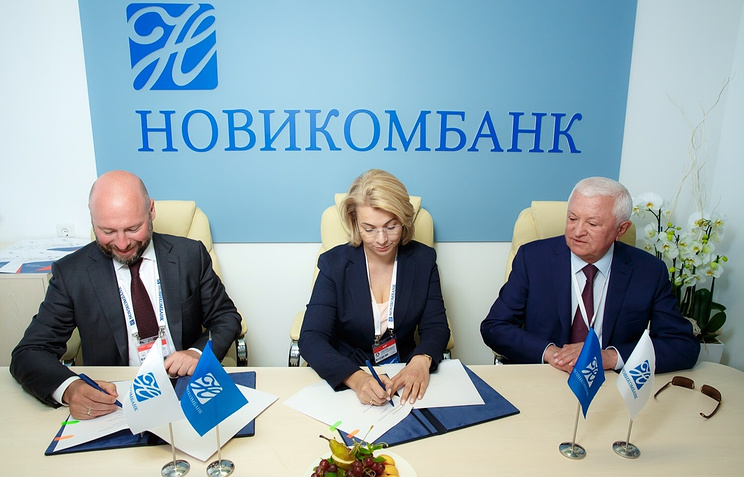 ZHUKOVSKY /Moscow region/, July 18. /TASS/. Novikombank signed with “Avia capital Services LLC” (a subsidiary leasing company of the state Corporation “rostec”) at the International aerospace salon (MAKS) on Tuesday the agreement on financing of deliveries of MS-21 aircraft to Russian airlines. This is stated in the press service of the Bank received by TASS.

“In the framework of the business program of MAKS-2017, the Bank and LLC “Avia capital Services LLC” (part of state Corporation rostec) have signed an agreement of organization of financing of $3.8 billion. the Document was signed by Chairman of the management Board of Novikombank Elena Georgieva and CEO of the company “Avia capital Services LLC” Roman Pakhomov. Funds will be used to Finance the purchase of new modern Russian aircraft MS-21 Russian airlines”, – stated in the message.

At the signing ceremony of the agreement was attended by President of Corporation “Irkut” (the manufacturer of the aircraft MS-21), Oleg Demchenko.

“MS-21 is a promising Russian airliner that a lot of different characteristics and cost effectiveness superior to existing analogues. Financing such a significant global scale of the project is to Novikombank’s a matter of pride. Support for the creation of advanced aviation technology and the industry as a whole is one of the priorities of Novikombank as a supporting Bank of Russian industry”, – quotes the words Georgieva, the press service of the Bank.

The head of state Corporation “rostec” Sergey Chemezov in early July visited the new Assembly line of the aircraft MS-21 and was present during its flight. He praised the aircraft and expressed confidence that the MS-21 will be in demand among both local and foreign airlines. He also stressed that the aircraft has incorporated cutting-edge developments in the field of modern aviation.