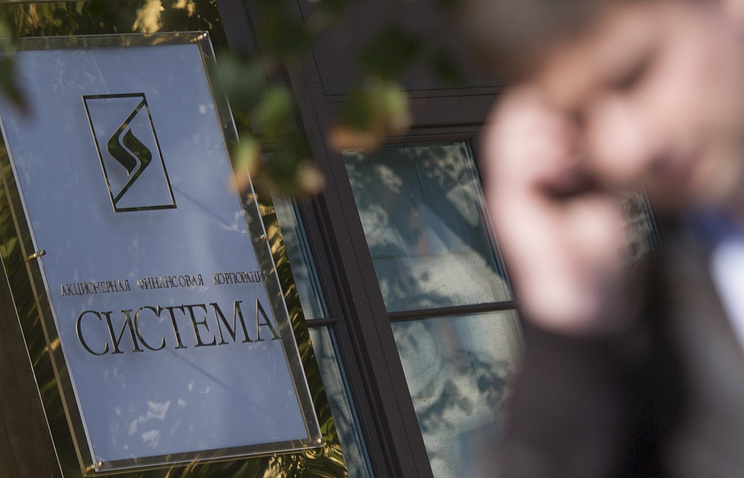 TASS, July 18. International rating Agency Standard & Poor’s (S&P) placed the long-term ratings of AFK “Sistema” BB in foreign and national currencies to the list on review for possible downgrade. About it reported in a press release from the Agency.

Earlier ratings of the holding company was a “stable”Outlook.

“The rating action reflects the Agency’s view that the proceedings under the claim “Rosneft” and “Bashneft” is 170.6 billion rubles can have an adverse effect on the liquidity and the debt burden of AFK “Sistema”, – stated in the message.

S&P will complete the act in relation to the ratings of the holding company after it becomes clear the implications of “Rosneft” to AFK “Sistema”, and maybe, the ratings of the AFC will remain on the review for longer than three months, depending on the situation, said S&P.

At the end of June, a similar action had taken Fitch – in particular, it has placed the ratings of AFK Sistema and mobile operator MTS (AFK is the controlling shareholder of the operator from 50.03%) in the list on review for possible downgrade. Then the rating action followed the arrest 31,76% stake in MTS, owned by Sistema, in the framework of interim measures under the claim “Rosneft” to the company on 170,6 billion.

Proceedings in the arbitration of Bashkiria

In early may, “Rosneft” and affiliated “Bashneft” has submitted to Arbitration court of Bashkortostan claim to recover from Sistema and its subsidiary “Sistema-invest” 106,6 billion rubles of losses caused by “Bashneft” as a result of its reorganization in 2014, Subsequently the amount of the claims of the plaintiffs increased to 170,6 billion rubles taking into account exchange rate differences. The lawsuit was also joined by Bashkortostan, which owns 25% plus one share in Bashneft.

AFK “System” does not agree with these claims and considers them unfounded.

Following session on business will take place on 19 July.