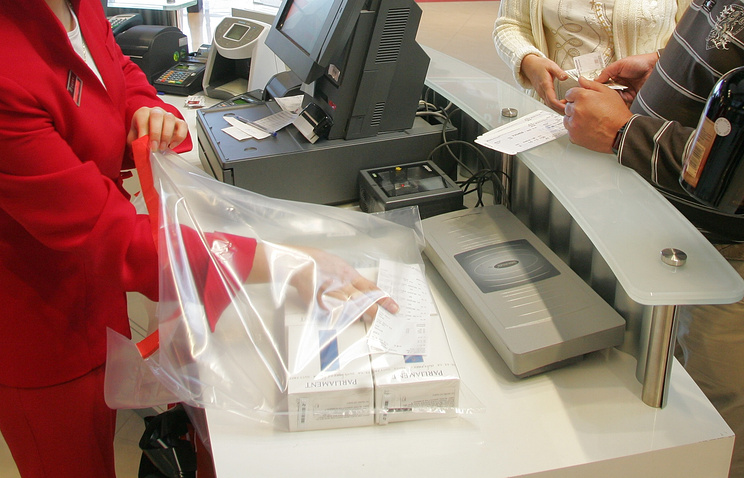 MOSCOW, July 18. /TASS/. Antismoking concept of the Ministry of health includes a ban on duty free sales of cigarettes in duty free shops in Russia. This was announced by Executive Director of the Eurasian Association Duty Free Fatima Dzoblaev, speaking at the expert Council of the FAS on competition development on the market of tobacco products.

“The concept proposes a ban on duty free sales [of cigarettes], that is, they will be sold at full price with payment of taxes, excises, and customs duties,” said Dzoblaev.

The health Ministry confirmed TASS that this proposal really is in the draft concept. Duty-free and tax-free trade of tobacco products shall be prohibited in the Russian Federation, as this provision is contained in the framework Convention of the world health organization (who) on tobacco control, which Russia joined in 2011, said the Ministry.

As noted in the Department, in accordance with the Convention, each party “must take account of its national goals in the field of health regarding the tobacco control and, as appropriate, to introduce or maintain measures which may include prohibiting or restricting, as appropriate, sales tax-free and duty-free tobacco products to persons engaged in international travel, and/or import of these products.”

In the Association of such a ban is considered overweight, because, according to its members, it will not reduce tobacco consumption, and the existing rules of sale of tobacco products is enough to control the situation.

“Layout, advertising, information about the dangers of Smoking a pack of cigarettes has a ban on Smoking in airports operates, sales in airports is only for boarding pass and passport. Accordingly, the legal age to sell tobacco impossible. Any measures and prohibitions must have an achievable goal, and the prohibition of duty-free sales will not lead to achieving the goals of reducing tobacco use,” – said Dzoblaev.