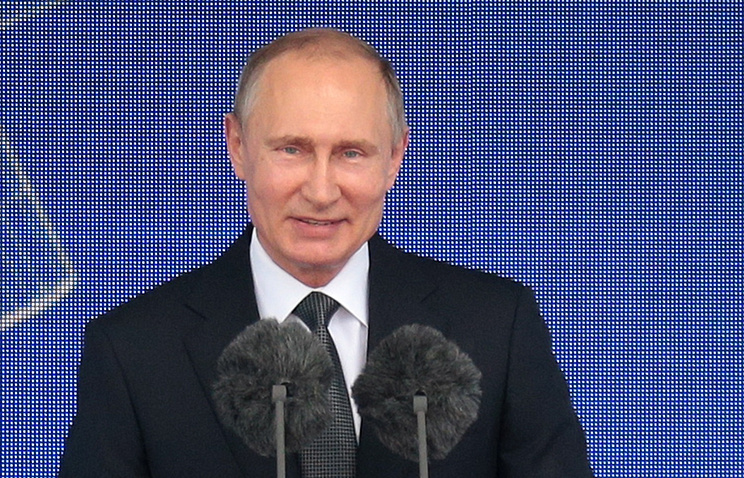 ZHUKOVSKY /Moscow region/, July 18. /TASS/. To support civil aviation in 2017 it is planned to allocate 60 billion roubles. This was stated by the President of the Russian Federation Vladimir Putin at meeting on development of civil aviation.

“I note that industry is now quite wide support. Just last year, in the framework of the development of the aviation industry for this purpose was sent to nearly 52 billion rubles, and this year will be 60 billion,” Putin said.

According to the President, measures to be taken are yielding results. According to him, last year the index of production of civil products in the aircraft industry increased by 121% compared to the year 2015. “This is a good indicator. However, I am sure that our aviation industry has the technological and human potential for further growth, to strengthen its position in domestic and world market”, – said the head of state. As an example, Putin cited the mass production of the Sukhoi Superjet 100 aircraft, the Ka-62, a passenger liner MS-21 and other future developments.

The President also reminded that in the moment in front of the defence complex is the task of product diversification, this also applies to the aviation sector. Putin recalled that soon will be the peak of deliveries of helicopters under the state defense order. “Not tightening, we need to consider to guarantee loading of the aircraft manufacturing capacity, to generate demand from civil customers. In particular, speech can go about our oil and gas companies and other corporations with state participation,” said Putin, adding that many of them for their needs purchase equipment abroad. He called for change this approach and to give preference to domestic technology under the condition that it is not inferior in quality. This question Putin has suggested to consider the fee for import substitution.

The Russian leader reminded of the need to increase the share of domestic aircraft in the domestic market. For this, in his opinion, it is necessary not only to improve the quality and reliability, but also to develop a system of after-sales service. “Competitive advantage belongs to the person who provides the further service of equipment sold and guarantees its prompt repair, supply of spare parts,” he concluded.