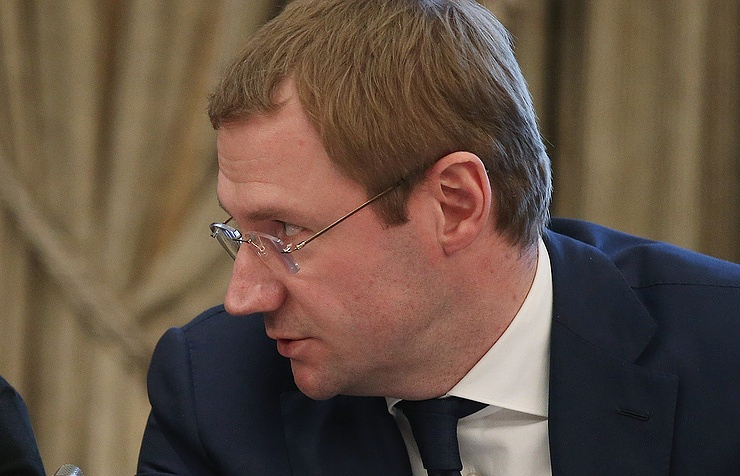 SAINT PETERSBURG, July 20. /TASS/. The Board of Directors of “Power machines” approved the resignation of the Director General of Roman Filippov, which detention on suspicion of disclosing state secrets was reported last week.

“The General Director of PJSC “Power machines” Roman Filippov is leaving the company by agreement of the parties”, – is spoken in the company message.

The Board of Directors of the company appointed a new CEO Yuri Petreny, prior to that, he held the position of Deputy General Director – technical Director. This was reported by the press service of the company.

As reports the press service, the Chairman of the Board of Directors of PJSC “Power machines” Alexey Mordashov in this regard, noted that “Yury Petrenya is one of the most highly qualified professionals and experienced industry leaders who will be able to create the necessary conditions for further effective development of the company.”

The detention of the General Director

Earlier, a law enforcement source told TASS, July 13, Filippov was arrested in St. Petersburg on suspicion of attempted disclosure of state secrets, a charge he was not charged.

That night in St. Petersburg media the information appeared that after the investigation Filippova was released on his own recognizance. Official confirmation of this information, the TASS does not have. Later, on 14 July, in company TASS reported that Filippov is in the workplace.

PJSC “Power machines” is one of the leading companies in power engineering. It includes the Leningrad metal plant, Electrosila, Kaluga turbine plant, a joint venture with Japanese Toshiba and German Siemens.

Filippov, head of the company from April 2015, in the structures of PAO Severstal has been working since 1997.

Joint venture Siemens and “Power machines” – OOO “Siemens gas turbine technology” – fulfilled an order for supplying turbines for the project in Taman. The German company said that at least two of the four turbines in violation of the terms of the contract were delivered in the Crimea. On 11 July the Moscow arbitration court has registered the related claim of Siemens to the company “Tekhnopromexport” (included in rostec).

A defendant in the suit also acts a joint venture of “Power machines”, however, as explained TASS the representative a press-services of Siemens Wolfram Trost, the claims on the merits applies only to “Technopromexport”.