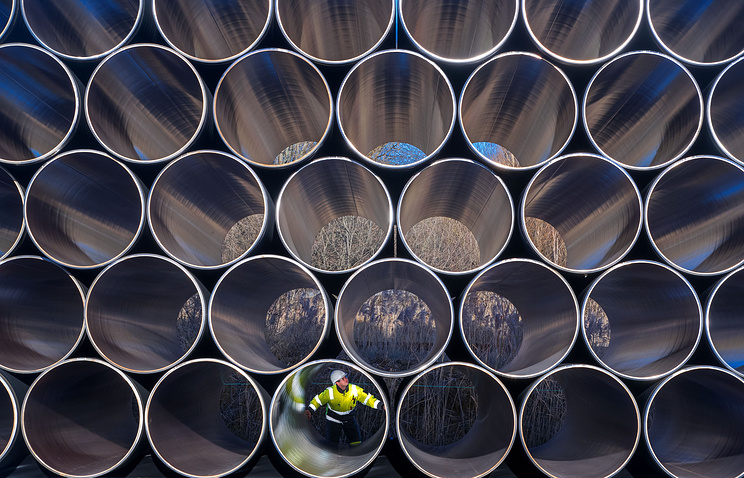 TASS, July 20. The heads of several European energy companies have warned that the proposed US sanctions against the gas pipeline “Nord stream 2” can have a negative impact on Europe. On Wednesday reported by the newspaper Handelsblatt.

So, managing Director of Nord Stream AG 2 AG involved in implementation of the project “Northern stream – 2”, Matthias Warnig said that the consequences of anti-Russian sanctions will be “huge” and will affect areas from “China to Western Europe.”

In turn, the Chairman of the Board of the Austrian oil company OMV Rainer Seele said in an interview that Europe needed to increase gas supplies from Russia, not reducing them. “In the interest of Europe is to ensure stability of supply [of gas] on their own, he said. – From a European point of view, additional natural gas from Russia is necessary, because private production is reduced”.

The construction of “Nord stream – 2” to begin in 2018 and be completed in late 2019. The pipeline is 1220 km will run under the Baltic sea from the Russian to the German coast. The capacity of each of two strings is 27.5 billion cubic meters a year. The new pipeline will double the power of the first “Nord stream”, the route mostly and again, and directly connects the resource base of Russian and European consumers.

The project is implemented by Nord Stream AG 2. After the closing of the acquisitions of foreign shareholders its shares in the project will be distributed as follows: Gazprom – 50%, BASF, Engie, OMV, Shell and Uniper (a subsidiary of E. ON) – 10%.