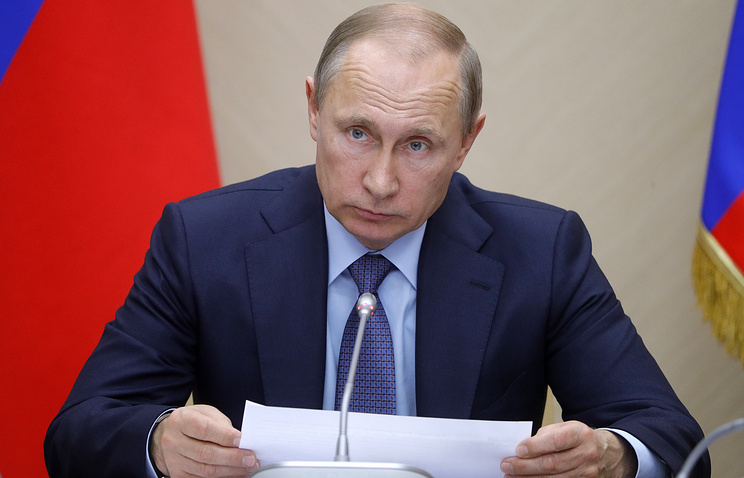 “Turn the direction of the “Digital economy” in the list of the main directions of strategic development of the Russian Federation until 2018 and for the period till 2025″, – reported in the Protocol.

A meeting of the Council held on 5 July, the Protocol published on 19 July on the website of the Kremlin.

The meeting approved the main provisions of the programme “Digital economy”. The President instructed the government to finalize and approve the document on July 30. In the goals and objectives of the programme should pay particular attention to the interests of consumers “by improving the system of legal guarantees and implementation of measures to protect the rights of consumers when interacting with organizations, public authorities and other actors of the digital economy and digital technologies,” reads the Protocol.

The President gave time till August 15 to create a sub-Commission on the digital economy under the government Commission on using information technologies to improve the quality of life and conditions of conducting business activities. The Subcommission will deal with operational management of the programme.

Putin instructed the government to define and establish the mechanisms, sources and volumes of financing of action plans and programmes for the digital economy, until 31 October 2017. To carry out this work must be given to the preparation of the draft Federal budget for 2018 and the planning period of 2019 and 2020 is added to the Protocol.

The project of the “Digital economy”, in particular, suggests that by 2025, 97% of Russian households must have broadband Internet access (100 Mbps). By this time, all cities with a population of 1 million people needs to be deployed mobile network 5G.

It is also planned that until 2025 in Russia will be the ten companies in the high technology sector and the same number of digital platforms for key sectors of the economy, and the universities will produce more than 100 thousand IT professionals a year.

The Ministry of communications has initiated the idea of creating a separate Fund for the digital economy, but the government has not yet decided whether it will be created.