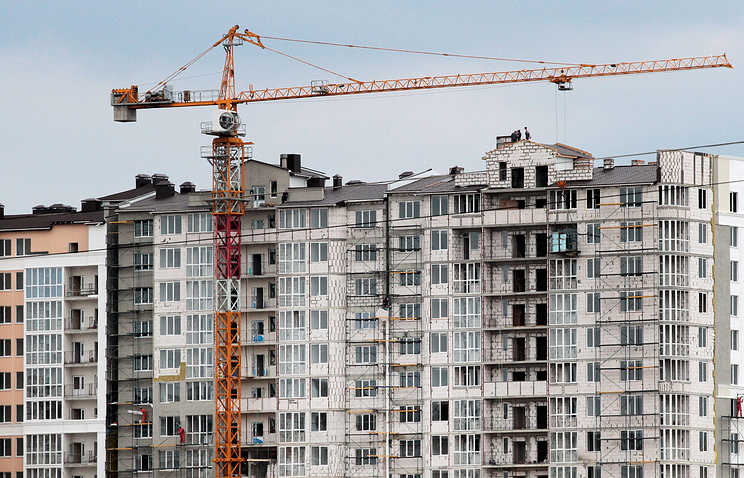 MOSCOW, July 19. /TASS/. Power of subjects of the Russian Federation take control of the completion of the shared construction, but despite this new protracted continue to appear.

As reported July 13, the press service of the head of Bashkiria, the head of the Republic Rustem Khamitov proposed to prohibit in Russia the construction of equity. In his opinion, developers should build houses with borrowed funds in the banks, and then sell the house to buyers. This method, according to the head of the Republic, will bring people out of the risk zone. The regional Parliament the initiative of the head supported and is planning a major meeting on this topic.

Experts in the construction industry offer potential real estate investors before you invest in construction, to study the history of the company. In many regions there are registers of unscrupulous developers, which is also necessary to check. “Not to be deceived, you have to buy from trusted developers and take all the documents, not to buy “crooked” agreements such as loan agreements, assignment of rights and if there is no signature of the Builder,” – said Nikolaev.

New protracted appear in Bashkiria. By 2010, the region has about 4 thousand deceived investors, but thanks to the efforts of the authorities and investors, the owners were able to move into a new apartment. However, delays in construction of facilities continues to occur.

“The laws of the land and the fraudsters have led to the fact that reappeared deceived – there are about 3.5 thousand people. Know that for 3 thousand we will solve the issue, but 300 people in a difficult situation,” said TASS in the government of the Republic.

The reasons for the delays

The bill imposes on the developer restrictions on making other types of operations not related to the implementation of the housing project. The amount of mandatory contributions of developers to the compensation Fund will be set at 1.2%, a value previously suggested the Ministry of construction. Introduced compulsory banking support to the activities of the developer. Tightened requirements for the controls of the developer and its participants. It is proposed, in particular, to prohibit membership in the management bodies of the Builder persons, having removed and outstanding previous conviction for economic crimes as well as persons whose activity has become the direct or indirect cause of bankruptcy of a legal entity.

The bill also prescribes the keeping of a registry of unscrupulous developers. Details prescribed procedure of bankruptcy of the Builder. Will create a single information system, which will reach all the houses, which the developers are starting to raise funds. She needs to earn not later than January 1, 2018.

According to the expert, the Director of construction company “Peresvet-South” Alexei Tsukanov, such a mechanism will be effective.

“There used to be an insurance company, where the developers have transferred the money, but that was a complete fiction. The company “Relight-South”, for example, in 2015-2016 paid 20 million rubles this “insurance”, but the insurance companies had their licenses revoked, and in the end a penny is not left out of these money to solve the problem of developers. Now it is planned to create a compensation Fund. I think that this option would be more effective than sham insurance”, – he said in an interview with TASS.

Some experts believe that the percentage earmarked by developers in the Fund should be higher. “The Fund will be effective, if we increase the amount allocated to shareholders in the Fund, at least up to 2%. Let today be at least this experiment at 1%, but the overall amount of 30 billion rubles is insignificant,” – shared his opinion with TASS the Chairman of the Committee on housing, construction and roads, the Public chamber of the Russian Federation Igor Shpektor.