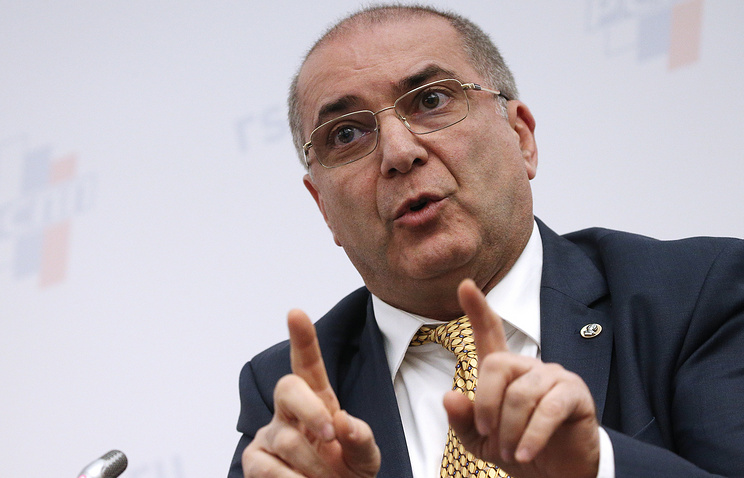 MOSCOW, July 19. /TASS/. The protest of the Prosecutor General of Russia decision of the Central Bank on the introduction of interim administration in the Bank “Ugra” and a three-month moratorium on satisfaction of creditors ‘ claims is a precedent. This opinion was expressed by TASS, the head of the Association of Russian banks Garegin Tosunyan.

“This is a precedent, of course. I don’t remember that. Maybe there were protests on individual issues but on the issue of introduction of temporary administration – I don’t remember,” said Tosunyan.

The protest of Prosecutor’s office should be considered, and the results can be decisions, he added. “But not so that the interim administration now has the right to work,” he explained.

On Wednesday, the Russian Prosecutor General’s office appealed the decision of the Central Bank on the introduction of interim administration in the Bank “Ugra” and a three-month moratorium on satisfaction of requirements of creditors of the Bank. The Supervisory authority considers the orders to be groundless, as “the Bank of Russia, as the implementation of oversight functions and in the course of audit did not reveal violations by the Bank “Ugra” mandatory standards”, according to the Prosecutor’s office.

Claims to the Central Bank “Yugra” a substantive rather than formal nature, Tosunyan believes.

“Maybe some procedures can be appealed, but the essence of what the Central Bank saw in the activities of the “Yugra”, and those claims that he made, they do not lie in the plane only procedures. They lie in a deeper plane of meaningful oversight,” said Tosunyan. According to him, it is too early to assess what impact a Prosecutor’s office protest on the depositors of the Bank.