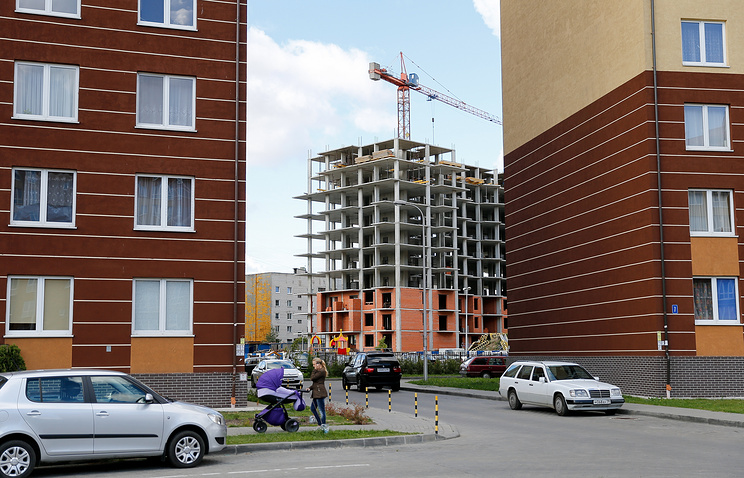 From July 2018, developers will need to transfer to his mandatory contributions in the amount of 1.2% of the cost of construction of the house. The rate that will be determined by Federal law, will be reviewed no more frequently than once a year.

Financial requirements for the developer to become more stringent: throughout the construction period it will be obliged to maintain own funds in the amount of 10% of the estimated cost of the project. Also the company will have to provide a minimum balance in the account in the authorized Bank in the amount of 10% of project cost on the date of receipt of permission for attraction of means of shareholders.

“The legislation will significantly reduce the risks faced by home buyers. The concept of “deceived investors” should go down in history,” TASS announced the opinion of the member of the Duma Committee on economic policy, industry, innovative development and entrepreneurship Dennis Moskvin after the vote.

At the same time, experts and market participants in the regions noted that stricter legislation will lead to a rise in property prices and can markedly change the situation in the industry, in particular, to reduce the number of small building companies. However, they believe, withdrawal from the market is random and unfair players promises to reduce the number of defrauded investors in the future.

“In my opinion, it is fundamentally important that we set a transparent mechanism of determining the mandatory contributions of developers to the generated compensation Fund. This money is to ensure that our citizens will not lose the invested funds”, – said the Deputy Moskvin.

General Director of Association of builders of St. – Petersburg Alexey Belousov predicted growth of prices on the market for at least 5%. “That’s a load including large developers, because the demands which appeared in the law, they have to seriously change the structure of investment projects, the structure of the approach to the implementation of shared construction”, – said Belousov.

“In General, this effect will not happen today and not immediately. It will take time, but the restructuring of the business that is required from developers, will require several years. This is a very negative impact on the volume of commissioned meters and their cost upward. I think the price increase will take place for at least 5%”, – he added.

The market will become stronger

Experts agree that the introduction of new standards will lead to significant progress on the construction market as a whole: many small companies go, the market will become stronger.

“I think small and medium businesses will not be after the law. Will build only large firms with large volumes,” – said Denisov. According to him, in the Krasnodar region will be only 25-30 developers, and the rest leave the market.

According to Black, the adoption of the new law, the Ural market will go “random” of the company. “I believe that 50% of the total volume of housing under construction in Yekaterinburg will meet the requirements of the new law. Its adoption will lead to the departure of “random”, small companies of the Ural construction market,” he said. While Black is not afraid of competition from major Moscow and St. Petersburg construction companies that may try to occupy vacant niches.

“We are not afraid of competition, let them come. I think Metropolitan developers work in a “hothouse” conditions. In the regions, the margins above, the rules are much tighter than in the Moscow market”, – he said.

As said independent analyst of the real estate market of Novosibirsk Sergey Nikolaev, care small companies can have the opposite effect and lead to a new round of problems with real estate investors. “In Novosibirsk 80% of the housing build 30 largest real estate developers. And all of developers – more than 200. Naturally, the stricter requirements will lead to the fact that many will leave the market, but another thing is that not all will go quietly like gentlemen. So we get some number of deceived investors”, – he explained.

As planned by the authorities, the compensation Fund for the protection of rights of investors will replace the insurance system contracts equity which was found to be ineffective. It was originally planned that the Fund will earn on 1 January 2017, but in the end, the authorities decided to improve the bill together with developers and to shift the terms.

A Fund should be established immediately after the signing of the law passed by the state Duma on Friday. When there is a transition period until July 2018. The law on compensation Fund provides that it will be a public-law company that is disclosing information on its activities will be required.