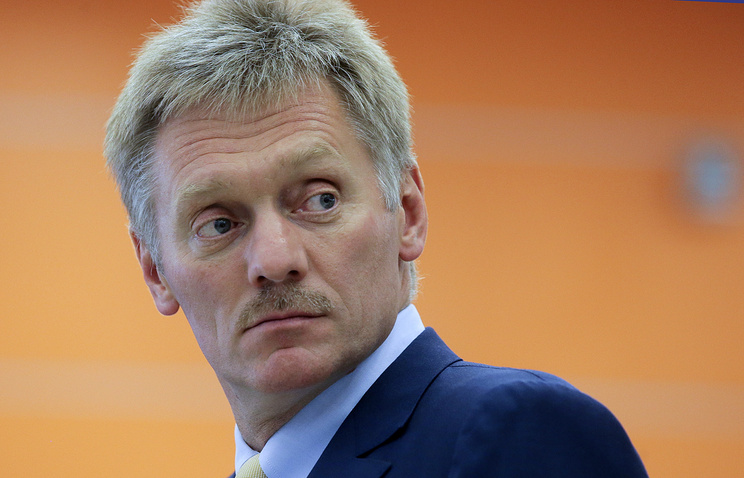 MOSCOW, July 21. /TASS/. Press Secretary of the President Dmitry Peskov declined to comment on the statement of Siemens AG to suspend the implementation of some contracts with companies with state participation in Russia because of the information that all four gas turbines produced by German concern for the project in the South of Russia, was contrary to the agreements taken in the Crimea.

“Surely you will ask me about the history with Siemens. I must say that I leave it without comment, – said Peskov. That is a question for companies, which is that cooperation, and these companies will continue cooperation and dialogue.”

German concern Siemens said earlier that all four gas turbines produced by the company for the project in Taman, was contrary to the agreements taken in the Crimea. In this concern, in its statement said that it would stop participation (46%) in the Russian company “Interavtomatika”. This company was one of the contractors engaged in the installation of the turbines, the report says the group.

Siemens also decided at this stage to suspend the implementation of some contracts with companies with state participation in Russia. The company said that the ad hoc working group to “thoroughly check all units and all relevant partners in Russia”. In addition, the company stated that it would withdraw or change two of its employees who are members of the Supervisory Board of the Russian company “Interavtomatika” (46% of the company belongs to Siemens), during the investigation of the case of the supply of the Crimea gas turbine plants.

Siemens will implement new projects to develop gas turbine power equipment in Russia only through the joint venture of “Power machines” – OOO “Siemens gas turbine technology” (STGT). Their activities will be under constant supervision of the group, said the company.