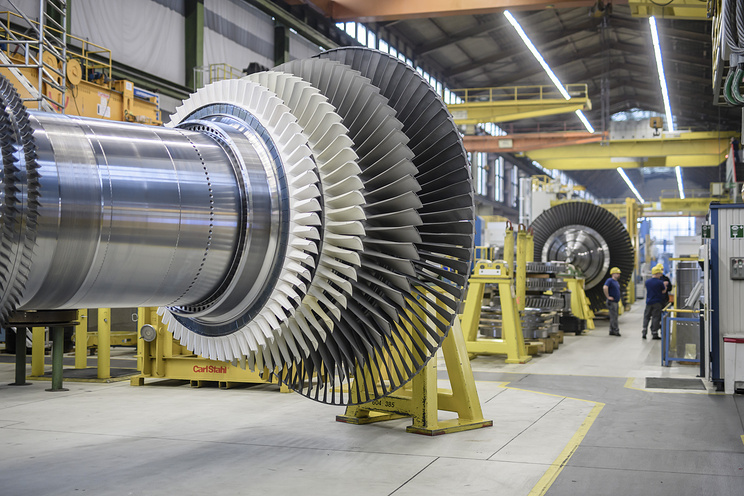 BERLIN, July 21. /TASS/. German concern Siemens is not going to curtail Russian business, despite limitations. This was stated by the correspondent of TASS the representative of the group Philip ENCs, commenting on the fact that the four gas turbines produced by Siemens contrary to the contract was in the Crimea.

“No, that (resignation from Russia – approx. edited by TASS) is out of question”, – he said.

“We are talking about the fact that our company respects all the regulations and rules in the field of exports, and it has always been. We aim to make these standards consistent with our subsidiaries and partners,” added ENCs.

ENCs also said that Siemens has established a special working group, which checks the activities of the Russian clients on compliance with export regulations, and conditions of existing contracts. “Inspection is conducted, it concerns primarily the construction of power stations,” he said, refusing to give the names of the firms.

“A working group that is investigating, trying to figure out what our partners, subsidiaries or firms that have a license, do not violate the regulations of the European Union on exports,” said the ENCs.

In a statement earlier press release from the group stated that Siemens, due to its supply of turbines in the Crimea suspends the supply of Russian clients with state participation. “This applies only to the supply of power, it’s clearly stated in the message,” said the ENCs.

However, he failed to specify what damage was caused to Siemens for breach of contract to supply gas turbines to the Crimea.

Earlier, Siemens announced that all four gas turbines produced by German company Siemens for a project in the South of Russia, was contrary to the agreements taken in the Crimea.

In this concern, in its statement said that it would stop participation (46%) in the Russian company “Interavtomatika”. This company was one of the contractors engaged in the installation of the turbines, the report says the group. Siemens also decided at this stage to suspend the implementation of some contracts with companies with state participation in Russia. The company said that the ad hoc working group to “thoroughly check all units and all relevant partners in Russia”.

In addition, the company announced that it would withdraw or change two of its employees who are members of the Supervisory Board of the Russian company “Interavtomatika” (46% of the company belongs to Siemens), during the investigation of the case of the supply of the Crimea gas turbine plants.

In addition, Siemens will implement new projects to develop gas turbine power equipment in Russia only through the joint venture of “Power machines” – OOO “Siemens gas turbine technology” (STGT). Their activities will be under constant supervision of the group, said the company.

The claim of concern

Siemens July 11, filed a lawsuit against the company “Technopromexport” for the supply of the Crimea gas turbine plants. A defendant in the suit also acts as a SP with “Power machines”, however, as explained TASS the representative a press-services of Siemens Wolfram Trost, the claims on the merits applies only to “Technopromexport”. Siemens stressed that insists that the turbine was returned to the original point of delivery – in the Taman. According to sources Reuters, Russia has set in Crimea turbine Siemens, despite EU sanctions.