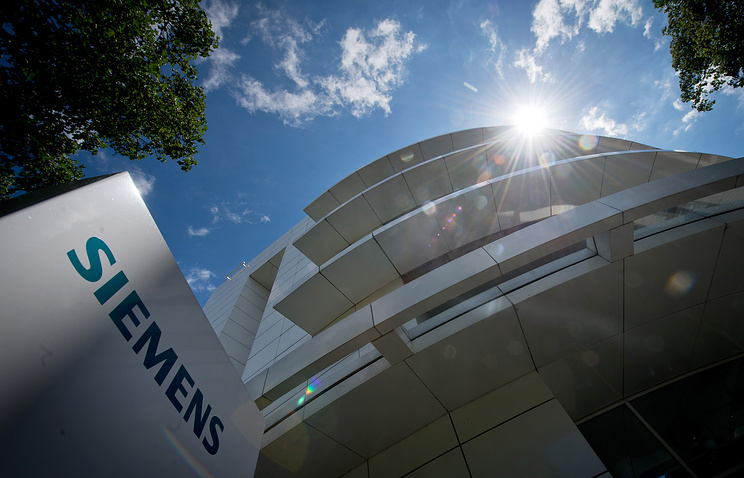 MOSCOW, July 21. /TASS/. The German company Siemens, working in Russia for more than 160 years, has revised the format of the work in Russia and outlined the more rigid framework of further cooperation with energy because of the situation surrounding the supply of turbines for thermal power plants in the Crimea. The group will continue the implementation of Russian projects in the energy and other industries.

On Friday, the company said that all four gas turbines for the Crimean thermal power plants (TPP) was made by Siemens and was raised on the Peninsula bypass sanctions of the European Union. The company, through the court intends to achieve a return on generating equipment. The situation has also become a cause for the initiation of Siemens inspections of Russian partners in the construction of power plants in compliance with export regulations of the EU and the temporary suspension of the supply of power according to existing contracts.

Without consequences for Crimea

The scandal surrounding the turbines, delivered to the Crimea, and their possible revocation will not lead to the postponement of the introduction of thermal power plants in Sevastopol and in Simferopol, believe in the Ministry of energy.

“The launch date of the two under-construction thermal power plants in Crimea will not be changed,” said TASS in the press service of the Ministry.

After Reuters, citing sources reported that Russia has delivered in Crimea German Siemens turbine, despite EU sanctions, rostec, said, “Technopromexport” has acquired four sets of gas-turbine plants “aftermarket”. However, it does not specify who is the manufacturer of the equipment.

On Friday, the “Technopromexport” once again, he noted that the maintenance of turbines in the Crimea will be operated by Russian specialists and contractors.

Russian generating companies are optimistic about the implementation of their investment programs in the new environment. This is partly due to the fact that they are mostly made up or complete the program of construction of energy facilities under contracts on capacity delivery (DPM).

“There is Mitsubishi Electric, which supplies including generating equipment. The Japanese company can come to the market and to offset a portion of lost volumes. There is a Chinese company, which also cannot be disregarded. They are also involved in the supply of generating equipment,, “Gazprom energy” already has experience with Chinese equipment,” – said Kornilov.

However, he added that at present the question remains whether Russian companies to conduct their own services for turbines manufactured by Siemens in the event of failure of the concern.