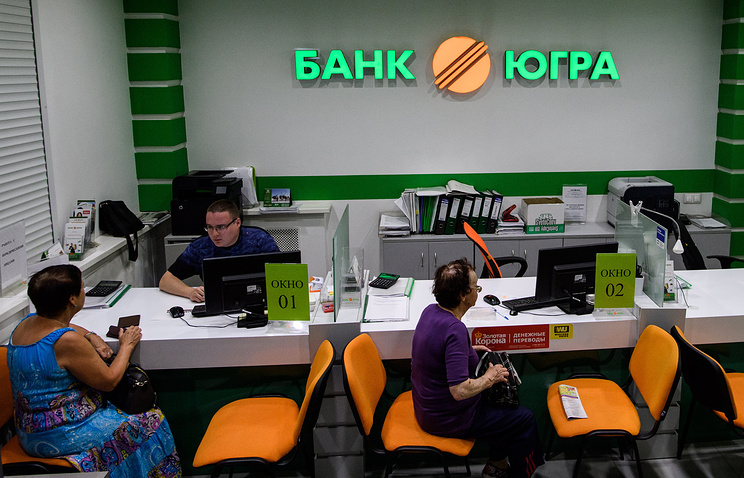 MOSCOW, July 21. /TASS/. The Bank of Russia sent to the Prosecutor General the materials confirming the position of the Central Bank on the Bank “Ugra”, which was introduced a temporary administration.

About TASS reported the press service of the regulator.

“The Bank of Russia on 20 July sent to the Prosecutor General the materials confirming the position of the Central Bank in respect of PJSC “Bank Jugra” and the compliance action taken by the Bank of Russia as to protect the interests of depositors and creditors of the Bank, and the requirements of Federal laws”, – emphasized in the CBR.

The Central Bank of 10 July 2017 introduced a temporary administration and the moratorium on satisfaction of creditors ‘ claims in the Bank “Ugra” because of its precarious financial situation. Central Bank was suspected of Bank false statements, manipulation of deposits and the possible withdrawal of assets.

The volume of insurance payments to depositors of “Ugra” is estimated at 170 billion rubles. It is the largest insured event in the history of the Deposit insurance system in Russia.

The Prosecutor General’s office on 19 July, challenged the lawfulness of the regulator’s actions against the Bank. In protest, the Department demanded to cancel the orders of the Central Bank on the introduction of temporary administration and the moratorium on satisfaction of creditors ‘ claims. The Prosecutor General’s office asked the Central Bank of the Russian Federation to inform on results of consideration of the protest in writing before July 21.

In addition, according to a source in banking circles, the Prosecutor General issued a warning to the Agency on insurance of contributions about inadmissibility of carrying out of payments to depositors of “Ugra”.