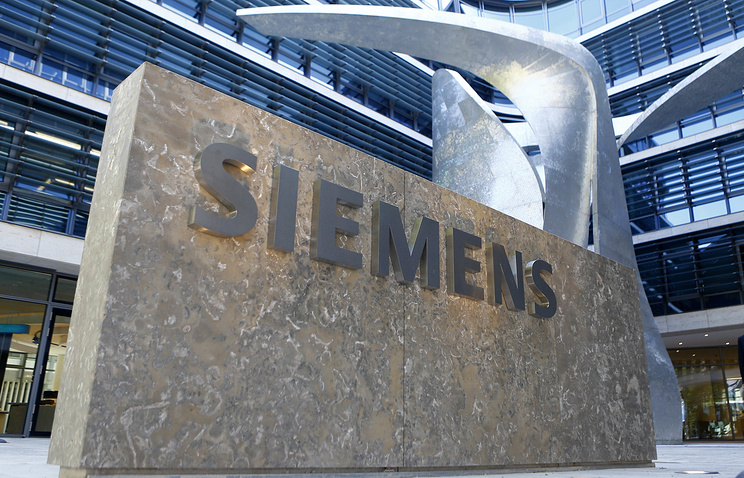 BERLIN, July 21. /TASS/. All four gas turbines produced by German company Siemens for a project in the South of Russia, was contrary to the agreements taken in the Crimea. This is stated in the statement Siemens.

“Siemens received reliable information that all the four gas turbines that were intended for a project in Taman, in the summer of 2016 was modified, and in spite of clear contractual agreements delivered to the Crimea”, – stated in the message.

The company will cease to participate (46%) in the Russian company “Interavtomatika”. This company was one of the contractors engaged in the installation of the turbines, the report says the group. The statement also said that Siemens will withdraw or will replace two of its employees who are members of the Supervisory Board “Interavtomatika” during the investigation. “Two employees of Siemens, which are included in the Supervisory Board “Interautomatika” will be withdrawn or replaced by other representatives during the investigation”, – stated in the message of the Corporation.

The suspension of the implementation of the contracts

The company also decided at this stage to suspend the implementation of some contracts with companies with state participation in Russia.

“Siemens still stops existing contracts with state-controlled customers in Russia for the supply of components for power plants”, – said in the message.
The company said that at present, a special working group to “thoroughly check all units and all relevant partners in Russia”.

In addition, Siemens will implement new projects to develop gas turbine power equipment in Russia only through the joint venture of “Power machines” – OOO “Siemens gas turbine technology” (STGT). Their activities will be under constant supervision of the group, said the company.

The situation with the supply of turbines

Siemens July 11, filed a lawsuit against the company “Technopromexport” for the supply of the Crimea gas turbine plants. A defendant in the suit also acts as a SP with “Power machines”, however, as explained TASS the representative a press-services of Siemens Wolfram Trost, the claims on the merits applies only to “Technopromexport”. Siemens stressed that insists that the turbine was returned to the original point of delivery – in the Taman. According to sources Reuters, Russia has set in Crimea turbine Siemens, despite EU sanctions.

According to the website of ZAO “Interavtomatika”, 46% of the company owned by Siemens and 37%, JSC “VTI” and 17% of JSC “VO “Tekhnopromexport”. The company performs complex works and services related to the solution of problems of automation of power equipment.