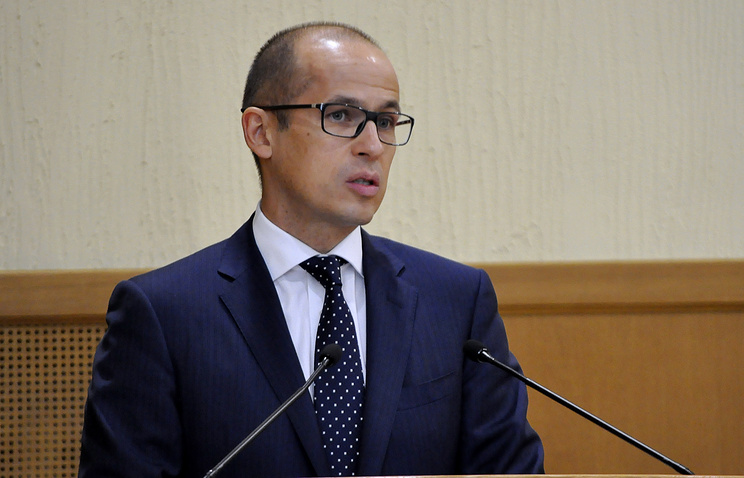 TASS, 21 July. /TASS/. Acting head of Udmurtia Alexander Brechalov has submitted documents to the Central election Commission of the region to register as a candidate for the position of head of the Republic. In the list of candidates in representatives of the government of the Udmurt Republic in the Federation Council consisted of the head of Rossotrudnichestvo Lyubov Glebova, said on Friday the press service of the regional branch of the party “United Russia”.

Each candidate for Governor must submit to the election Commission three candidates for the post of Senator. Elected head of the region not later than the day after the inauguration should choose one of the three candidates, who will be empowered by the Senator.

“As a matter of procedure, I have also got offered the “three” candidates for the representatives of the government of the Udmurt Republic in the Federation Council. This is the head of Rossotrudnichestvo Lyubov Glebova, Director of the Foundation “Community” Ivan Tcherezov and chief Federal inspector for Udmurt Republic Dmitry Musin” – leads the press service quoted Brechalov.

As noted in the regional branch of “United Russia” in case of victory on elections of the head of the Udmurt Republic, which will be held September 10 this year, Brechalov will have to choose one of the three candidates to the Federation Council from the government of the region.

The fourth of April, President Vladimir Putin signed a decree on early termination of powers of the head of Udmurtia Alexander Soloviev in connection with loss of trust. Acting head of Udmurtia was appointed co-Chairman of the Central headquarters of the popular front Alexander Brechalov. On the sixth of June, the state Council of Udmurtiya has decided that the extraordinary presidential elections will be held on 10 September 2017, in a single day of voting.