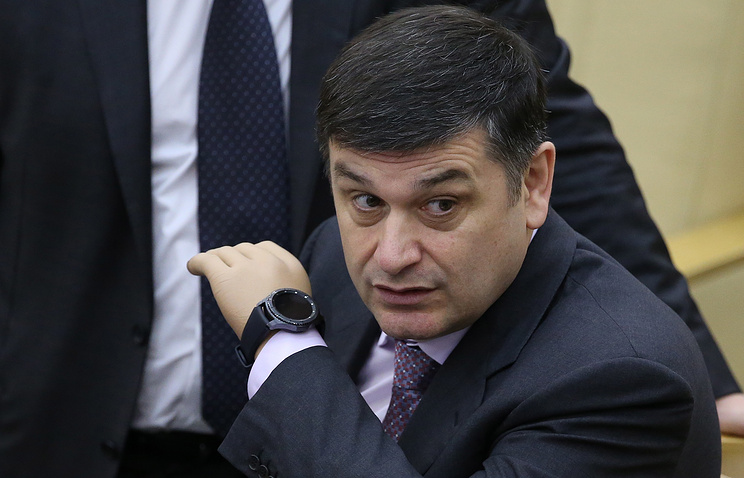 MOSCOW, July 20. /TASS/. First Deputy head of the faction “United Russia”, Adalbi Shhagoshev introduced Thursday in the state Duma a bill toughening penalties for recruiting into the ranks of the terrorists and providing for life sentences. A copy of the document available to the TASS.

It is proposed to characterize the organization of committing at least one of the offences envisaged by the “terrorist” articles of the Criminal code of the Russian Federation, as well as “training, inducement, recruitment and (or) other involvement of the person in the Commission of at least one of the specified offences and (or) management of its Commission, as well as the financing and (or) organization of financing of terrorism under part 4 of article 205.1 of the Criminal code, which provides for a maximum punishment of life imprisonment.”

In the explanatory note the author stresses that the initiative is aimed at strengthening the fight against recruitment or other involvement of a person in the organization and financing of offences of a terrorist nature, extremist or terrorist activities in General. According to the developer, “terrorism has become a very profitable business on a global scale with a developed “market of labor” and capital, with its rules and morals, are not compatible with any universal human and democratic values.”

“It is unacceptable that every day around the world recruitment are exposed to more than one thousand people”, – writes the author. Shhagoshev warns that recruiting attack may be subject to every person, regardless of age, gender and social status.

In accordance with the current legislation, the punishment for the crimes of recruiters provides for prison sentences from 5 to 10 years with a fine in the amount up to five hundred thousand rubles or the salary or other income condemned for the period till three years or without it. The Deputy considers such sanctions commensurate with the gravity of the crimes. “A terrorist can commit a terrorist attack, and the recruiter prepares dozens of terrorists. Current punishment for this crime is not comparable,” said he.