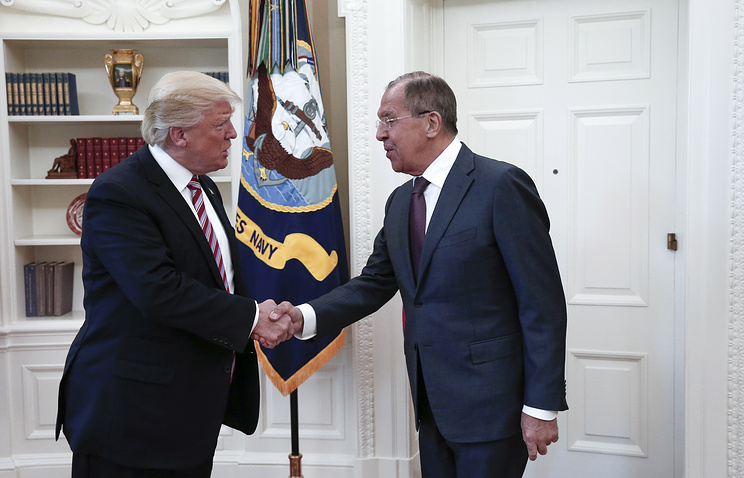 MOSCOW, July 21. /TASS/. The Minister of foreign Affairs of Russia Sergey Lavrov during his first meeting with U.S. President Donald trump in may of this year in Washington felt a sense of respect for the American leader. The head of the Russian depodesta said in an interview with NBC News.

“The feelings I experienced during the first meeting with trump in the White house, were the same as during a meeting with [former U.S. President Barack] Obama or [former US President George] Bush,’ said the Minister. Is respect for the President who was elected by the people of the United States.”

“It is also a respect for what they decided to tell me to present his country’s position on a particular issue, to show that, in their opinion, should become a Central topic of Russian-American relations,” Lavrov added.

Lavrov did not disclose the details of the appearance of the first lady of the United States of Melanie trump at the meeting of Vladimir Putin and Donald trump in Hamburg.

“Our political culture does not involve discussion of personal matters in public,” – said the head of the Russian diplomatic Agency, asked the American journalist to elaborate on the appearance of Melanie trump in the negotiations between the two leaders.

“I understand that you want to know the details, but I’m not going to do it,” – said Lavrov.

Earlier, the state Secretary Rex Tillerson told reporters that the first lady of the United States tried to persuade Putin and trump to complete their protracted bilateral meeting in Hamburg.