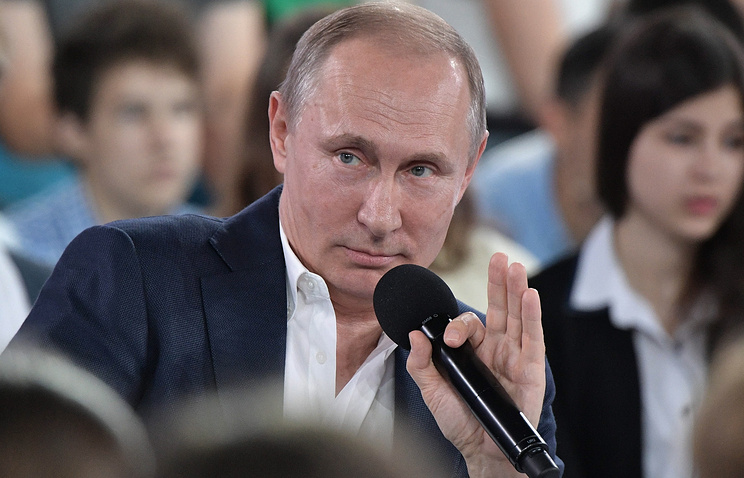 SOCHI, July 21. /TASS/. Russian President Vladimir Putin did not rule out his participation in the presidential elections in 2018.

“Do I need to continue my work in this capacity, I haven’t decided yet, I have yet to see in 2018 election, before the election there is still time – view”, – Putin said during the program “an adult conversation with Vladimir Putin”.

The President said that he “will ever have to do it anyway” – to finish work on the main state post of the country.

“There are constitutional deadlines by the President of his duties”, – he stressed.

The head of state noted that he is not going to change the Constitution for the elections.

He drew attention to article of the Basic law concerning the term of tenure of the President. “The Constitution is written,” – said Putin. He added that he has not yet decided whether to run for the presidency in 2018.

The Constitution allows one person to hold the office of President no more than two consecutive terms. Putin was chosen by the President in 2012. Prior to that he performed these duties from 2000 to 2008.

Responding to a question about his political successor, Putin said that the country’s leader in any case the people choose.

“In the end, someone to lead the country defines the people through secret ballot, as provided by the Constitution of the Russian Federation”, – said the President.

“Whoever whoever suggested, the final choice is up to the citizens of the Russian Federation”, – he said.

Putin said that according to General international practice, the leaders of parties and countries, leaving their posts, as a rule, present their successors to the society and recommended to vote for a particular person.