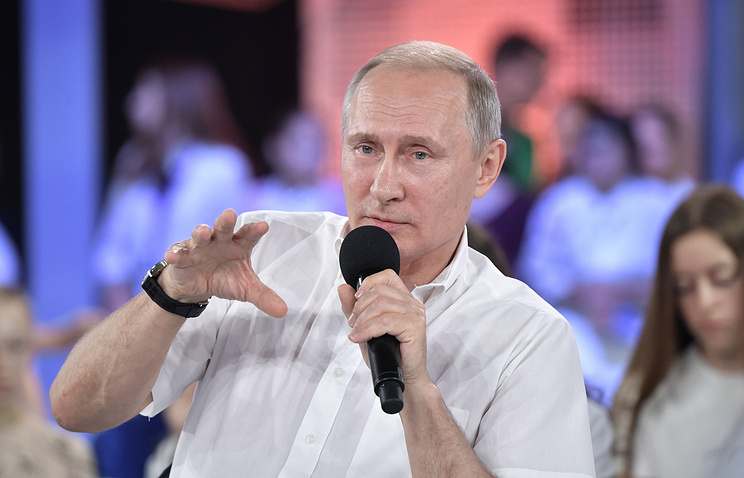 SOCHI, July 21. /TASS/. Russian President Vladimir Putin said that he was not going to become head of state, but was advised to always set ambitious goals.

“I already told you, but I repeat again: I didn’t plan to become President, I have nothing to move”, – said Putin, answering questions of pupils of children’s center “Sirius”.

“The first President of Russia Boris Yeltsin has invited me in and said he wanted to propose my candidacy for the post of Prime Minister with that I then ran for President. I told him right there and then replied: “Boris Nikolaevich, I’m not ready for this. For this you need to completely change your fate. I’m not ready for it.” He thought the pause came, and said, “But you still think we’ll come back to that,” he told the conversation 1999, the year Putin. He recalled that Yeltsin still offered his candidacy to the state Duma as Prime Minister, and then “gradually, naturally came to the presidential election campaign.”

The President advised the boys: “we Need to set ourselves ambitious, challenging goals. In General, they are achieved”. For example, the President gave an indicator of the Russian economy: “no matter How difficult, we have it almost twice the size has increased, significantly increased real incomes since 2000, serious has the situation changed with the incomes, in wages, in pensions”. “We’ve actually collapsed the Armed forces by 1999, and now we have another army – it’s small, compact, efficient,” gave another example of Putin.

He is sure that “There is every reason to believe that these objectives we will achieve and the challenges that face the country, decide”.