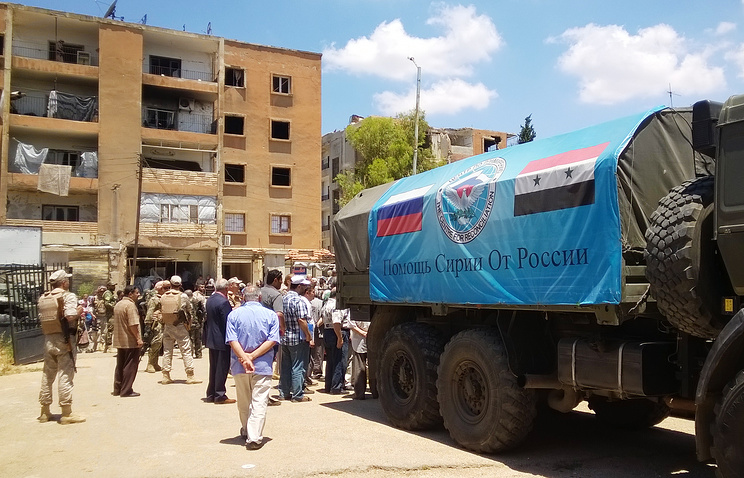 TASS, July 23. Russian observers recorded in Syria for day three violations of the cessation of hostilities, the Turkish two. This was reported in the information Bulletin of the Ministry of defense of the Russian Federation.

“The Russian part of the mission of the joint Russian-Turkish Commission on consideration of issues related to the violations of the cessation of hostilities for the day were three cases of firing in the Damascus province. The Turkish part of the mission recorded two violations in the province of Damascus,” – said in the message. Most of the shootings are installed in areas controlled by the militants of banned terrorist groups “dzhebhat an-Nusra” and “Islamic state”.

The Russian military conducted seven humanitarian actions for the day. In Aleppo, the local population issued two tons of food parcels, about a ton was received by the inhabitants of the province of Latakia. Medical assistance from the Russian military physicians received 262.

Earlier it was reported that the delegations of Russia, Iran and Turkey during the talks in Astana agreed on the establishment of four zones of de-escalation in Syria. In these zones consists of Idlib province and parts of neighboring provinces of Aleppo, Latakia and Hama, the area North of HOMS and Eastern ghouta and the southern province of Deraa and Quneitra. The agreement provides that from may 6 in these areas, a ban on military activity, including aviation. The instrument is designed for six months and may automatically be renewed for the same period.