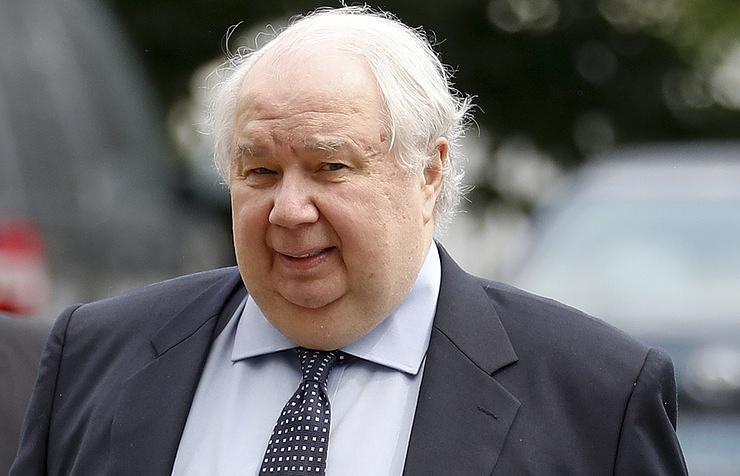 WASHINGTON, July 22. /TASS/. Sergey Kislyak has completed its work as the Russian Ambassador to the United States, the functions of chargé d’affaires of the Russian Federation in USA will be done by a Counsellor Denis Gonchar. This is stated in a statement on Saturday the statement of the Russian Embassy in the us capital.

“Ambassador Sergey Kislyak has completed his mission in Washington. Before the arrival of his successor functions chargé d’affaires of the Russian Federation in USA will be done by a Counsellor D. V. Gonchar,” reads the statement.

In late June, presidential aide Yuri Ushakov did not answer reporters, whether appointed new Russian Ambassador to the U.S., putting these issues before the official announcement is kept secret. The official representative of Russian foreign Ministry Maria Zakharova said that the question of possible rotation on the post of Russian Ambassador to USA solved in a planned manner.

May 18 the state Duma Committee on international Affairs, he supported the candidacy of Deputy foreign Minister Anatoly Antonov to the post of Russian Ambassador to the United States, reported TASS a source familiar with the private session of the Committee. “The Committee gave consent to the appointment of Antonov, the Russian Ambassador to the United States, whose candidacy was submitted to the Ministry of foreign Affairs of the Russian Federation”, – said the Agency interlocutor.