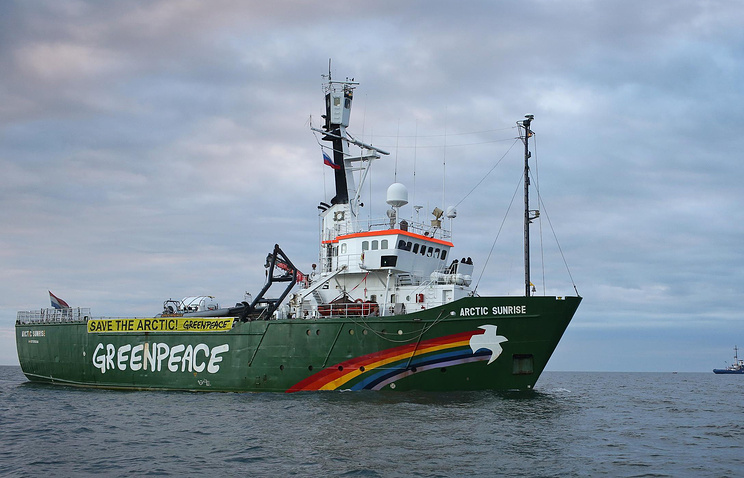 MOSCOW, July 20. /TASS/. The decision of arbitration in the Hague, obliging Russia to pay compensation for the incident with the ship Arctic Sunrise, encourages illegal actions. This was stated on Thursday by Deputy Director of the Department of information and press of the Russian foreign Ministry, Artem Kozhin.

“The Russian Federation did not participate in the present proceedings, since adhered and continues to adhere to the position about the lack of arbitration jurisdiction in the case,” he said.

According to the diplomat, said the decision “is not inclusive and ignores the extensive practice of States to counter the irresponsible actions at sea, including in regard to potentially dangerous complex technological objects”.

“Regret to say that their decisions arbitration in fact encourages purposeful illegal actions in the exclusive economic zones of States on their continental shelf, condone so-called “peaceful protest”, – said Kozhin.

International arbitration, established with the mediation of the Permanent court of arbitration at the Hague, July 18-Russia to pay compensation in the amount of almost 5.4 million Euro per incident with the detention and arrest of the Greenpeace vessel Arctic Sunrise in 2013.

The Greenpeace ship approached a Russian offshore platform Prirazlomnaya on 18 September 2013. On Board were activists of the organization tried to land on the platform, but their actions were stopped by border guards, after which the vessel in tow was taken to the port of Murmansk. He was arrested 30 people on Board, including four Russians. At the end of November 2013, the protesters were released on bail and then granted Amnesty on the occasion of the 20th anniversary of the Constitution.