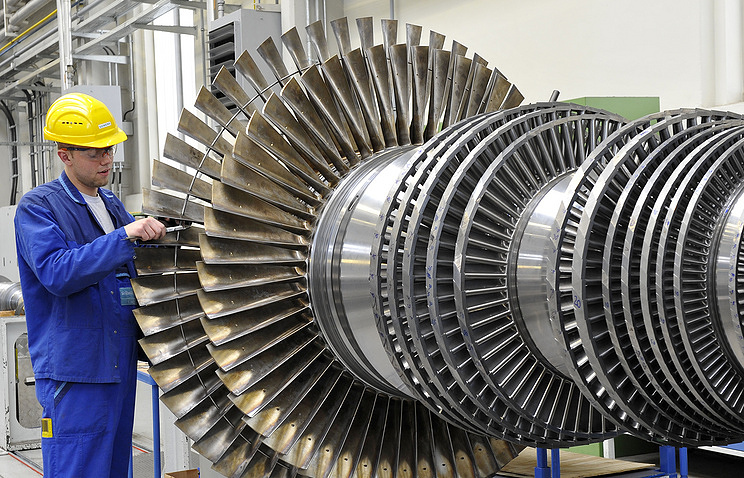 BERLIN, July 24. /TASS/. German concern Siemens does not exclude that scandal with his turbines, which were allegedly delivered to the Crimea to bypass sanctions of the EU, will be “personnel implications”. This was announced on Sunday evening newspaper Handelsblatt, citing its own sources.

According to her, the leadership in Siemens now only discuss the scandal with the turbines.

“Despite the fact that the company sees itself as the victim, the personnel consequences are not excluded,” – said the publication. Some individuals in the group accusing the head of the Russian division of Dietrich Meller that it is too long to delay checking the first information about possible violations of the sanctions regime.

“Perhaps you had rather alarmed,” the source said Handelsblatt.

The newspaper also noted that Siemens intends to establish a new mechanism of control over the installation of the equipment of the concern directly to the place where it is delivered. According to her, in industrial circles of Germany based on the fact that Siemens, if necessary, ready to accept heavy financial losses, but in any case not to risk the reputation in the market.

Last Friday, the group announced the suspension of deliveries of power equipment of Russian firms, since, according to the company, four gas turbine set for power plant in Taman, was moved to the Crimea to bypass sanctions of the European Union.

However, Siemens said that the company is not going to leave the Russian market, but will toughen the rules of work in the country – and now all new projects to Siemens for creation of gas turbine equipment in Russia will be sold only through joint venture of “Power machines” – “Siemens gas turbine technology” – and its own branch in Russia, control will be tightened.

The Minister of industry and trade of Russia Denis Manturov in connection with the scandal underscored that the Russian side has provided the maximum legal correctness in the use of Siemens technology in the production of turbines for thermal power plants in the Crimea. The Minister explained that the Simferopol and Sevastopol TPP will be equipped with turbines of Russian production, but with the use of foreign elements. The turbines have a Russian certificate, said the Minister.