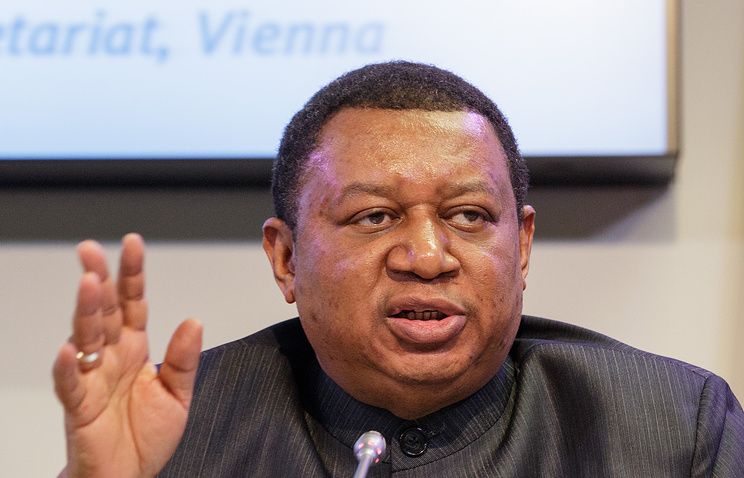 SAINT PETERSBURG, July 23. /TASS/. The pace of rebalancing of oil market may accelerate in the second half of 2017, told reporters in Kulary of the Ministerial Committee meeting “OPEC” Secretary General of the cartel Muhammad Barkindo.

“We think that the pace of rebalancing of the market may slow down relative to our expectations, but the recovery continues. Perhaps the pace (reduce the world’s oil reserves – approx. TASS) will accelerate in the second half,” he said. Barkindo noted that, for example, in the United States in three of the five regions the level of commercial reserves has almost reached the average for the five years levels. “I spoke with the companies, the stocks continue to decline,” he concluded.

Barkindo did not mention the percentage of execution of the agreements on the reduction of oil production by the end of June, saying only that the figure “excellent.”

Barkindo stressed that OPEC is waiting for the return on the oil market, Libya, and Nigeria. “Nigeria and Libya have shown a high degree of cooperation (meeting of the technical Committee, which discussed the growth of their production – approx. TASS). They provided us with all the numbers, they were very honest about the difficulties they faced. OPEC’s solidarity with these countries. We expect that they will overcome all difficulties, will return to the market, because every extracted barrel will need to market,” he said.

The growth of production in Libya and Nigeria were discussed Saturday at a meeting of the technical Committee at the level of experts. In particular, Libya was represented by the head of the National oil Corporation Mustafa Sanalla.