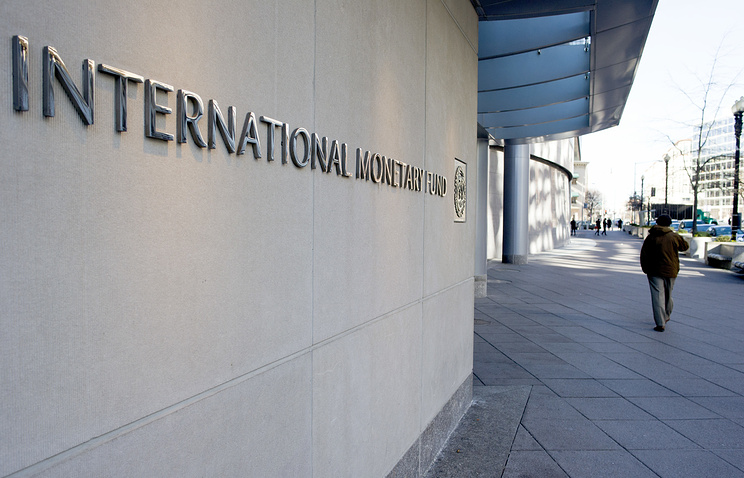 WASHINGTON, July 24. /TASS/. The international monetary Fund (IMF) confirmed on Monday its April forecast of a gradual recovery of the Russian economy in 2017. Reported this decision in its July newsletter, “prospects for the global economy,” the organization prepared for its annual offsite meeting in Kuala Lumpur (Malaysia).

“Accelerating global growth continues in line with forecasts for the April newsletter: world output is expected to grow by 3.5% in 2017 and 3.6% in 2018, – the document says. – Thus for constant forecasts of global growth masked some of the differences in contribution to overall growth at the country level”.

Thus, in the U.S. projected economic growth will be lower than was estimated in April, “primarily due to the assumption that fiscal policy in the future will be less expansion than previously expected.” Economic growth was also revised upward in Japan and particularly in the Euro area, where “an unexpected increase in activity at the end of 2016 and early 2017 indicate a moderate dynamics”.

“Forecasts of growth in China was also enhanced with the high performance of the first quarter of 2017 and expectations of the continuation of budget support. Inflation in developed economies remains restrained and generally below targets; inflation is also declining in a number of emerging market countries, including Brazil, India and Russia”, – the document says.

The IMF also highlights and risks “to economic recovery, especially in the medium term”. Among them is the “ongoing uncertainty over policy,” including “talks about the relationship after Brexit” and “fiscal policy and regulation in the United States.” Experts also point to such factors of financial tension, “credit growth in China, monetary policy of the United States, the stability of banks in the Euro zone and the decline of financial regulation.” The IMF also points to non-economic factors such as “geopolitical tensions, internal political divisions, poor governance and corruption”, as well as the isolationist policy – “protectionism and lack of market reforms in attaining inclusive growth”.

“Risks concerning the forecast of global growth in the near term appears generally balanced, but they are still biased to the downside in growth in the medium term”, – consider in the organization.

Among the priorities for policymakers in addressing medium-term challenges, the authors of the report distinguish promote global cooperation and free and fair trade, strengthening economic growth through fiscal, monetary and structural policy, ensuring more inclusive economic growth and creating economic growth in a sustainable and equitable way to improve performance, reduce excessive external balance and adaptation to low oil prices.

“Because of the low core inflation and limited pressure on wages, should adhere to the policy settings corresponding to the increase in inflation expectations according to the targets, elimination of output gaps and, where appropriate, external rebalancing, and is recommended by specialists. – Reforms to increase potential output are vital in all countries, and slow growth in aggregate output makes even more urgent the wide distribution of the results of growth among groups with different income levels. In many countries, it is necessary to closely monitor risks to financial stability. Exporters of commodities should continue the process of adapting to the reduced income along with a gradual diversification of its sources of growth”.