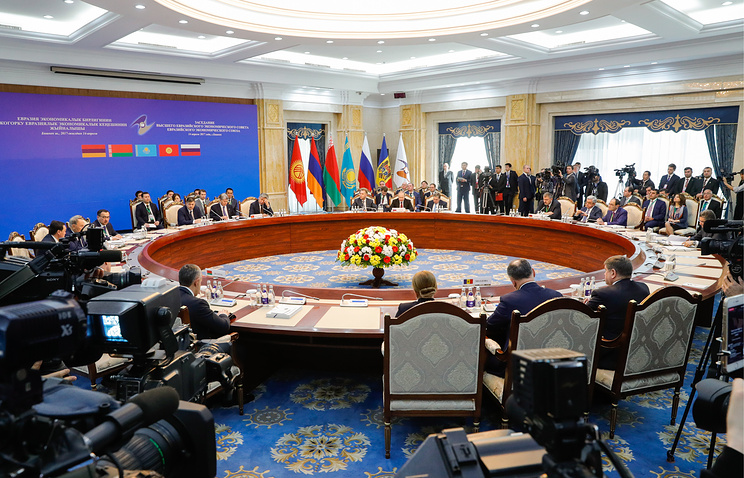 “There are a number of tools that we offer to discuss monetary regulators, mainly in the long term. For example, the estimated regional currency – we are not talking about a single currency, and about the tool that facilitates the settlement”, – he explained.

The Eurasian economic Commission (EEC) have not discussed the introduction of a unit of the countries of the Eurasian economic community, told the newspaper in an organization. However, the EEC recognizes that the measure would contribute to effective management of currency risk and lower transaction costs in mutual settlements.

The EDB justify the introduction of a unit of current practice of payments between the EurAsEC countries in dollars (except for the calculations with Russia carried out in rubles). As an example, the single currency is European currency unit, used in Europe in parallel with national currencies from 1979 to 1998 for the non-cash payment.

Unit may become an alternative to a common currency Union. In July, the leadership of the Central Bank all the EurAsEC countries agreed that the introduction of a common currency will not be discussed until 2025.

Previously, the idea of establishing an international unit of account based on blockchain technology was put forward by President of Kazakhstan Nursultan Nazarbayev.