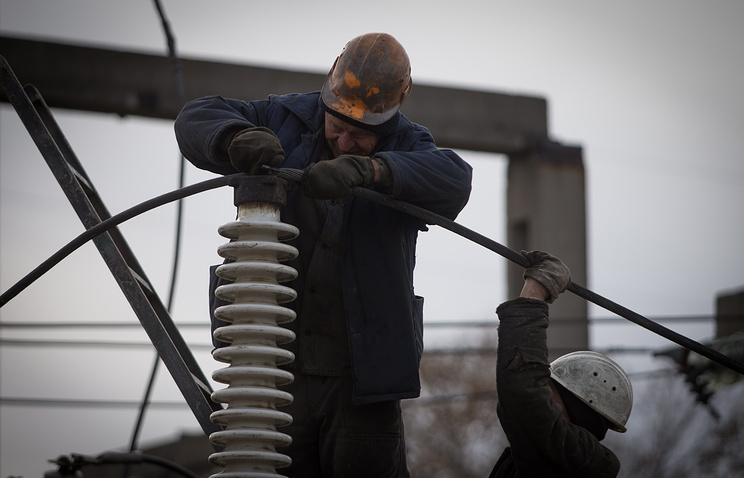 KIEV, July 26. /TASS/. Ukraine stopped the supply of electricity in uncontrolled areas of the Donetsk region. This was announced on Wednesday, the acting head of Ukrenergo Vsevolod Kovalchuk.

“00:00 26 Jul 2017 stopped the flow of electricity from the temporarily uncontrolled areas of the Donetsk region, – he wrote in Facebook. – The territory of individual regions of Donetsk region while does not consume the electricity produced by the power plants in the controlled part of Ukraine”.

According to Kovalchuk, the demand for electricity beyond the control of Kiev territories of Donbass are covered by Starobeshevo and Zuevskaya TPP other manufacturers, as well as supply from Russia on lines that are excluded from the list of the interstate and the flows on them are not maintained in the overall balance of Ukraine – Russia – Belarus.

Ukraine stopped electricity exchange with the proclaimed Luhansk people’s Republic in April of this year. The LC then said that is fully supplied with electricity from its own sources.