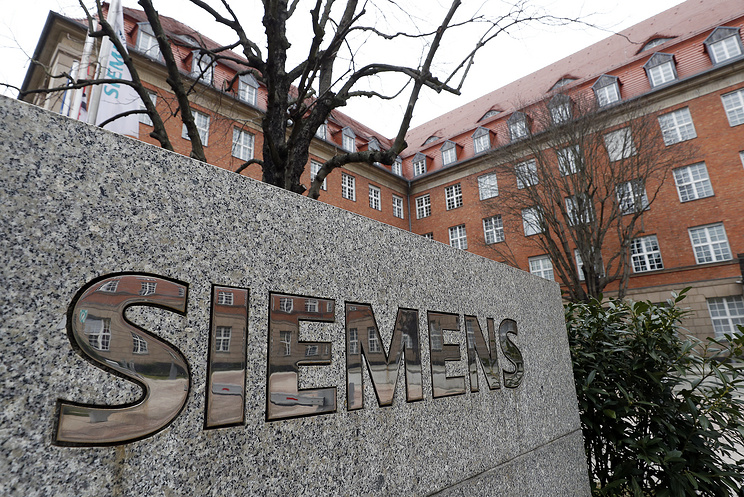 BRUSSELS, July 26. /TASS/. The European Commission does not intend to penalize the company Siemens in connection with the delivery to the Crimea turbines in its production. This was reported by TASS source in the EU institutions in Brussels.

“We see no grounds for penalties against a German company, but we hope that it will draw conclusions from this situation, he said. – We expect the company in a judicial order will challenge all violations of the contract.”

The source also confirmed that the EU is considering the introduction of a number of Russian citizens in the black list in connection with the situation in which the EU finds controversial. “We are exploring the possibility of expanding our list of individuals in response to Russia”, – he said.

Earlier, the German foreign Minister TASS reported that the German authorities are preparing a European response to the scandal with Siemens turbines, which, according to the company, was delivered to the Crimea, despite the sanctions restrictions. “In response to violation of the contract the supply of turbines in the Crimea, we are preparing a response at the European level”, – noted in Department. “Since the negotiation process is still going on, we can’t announce the details,” said the German foreign Ministry.

On Monday, Reuters reported that because of the scandal, three or four citizens of the Russian Federation may be in the sanctions list of the EU. According to the Agency, the proposal introduced the European Union the German side. A diplomatic source of Reuters said that the sanctions may relate to representatives of the Ministry of energy and companies engaged in the transportation of turbines on the Peninsula. It is expected that the extension of the sanctions list will be discussed on Wednesday.

The Minister of industry and trade of Russia Denis Manturov said that the Russian side has provided the maximum legal correctness in the use of Siemens technology in the production of turbines for thermal power plants in the Crimea. The Minister explained that the Simferopol and Sevastopol TPP will be equipped with turbines of Russian production, but with the use of foreign elements. The turbines have a Russian certificate, said the Minister.