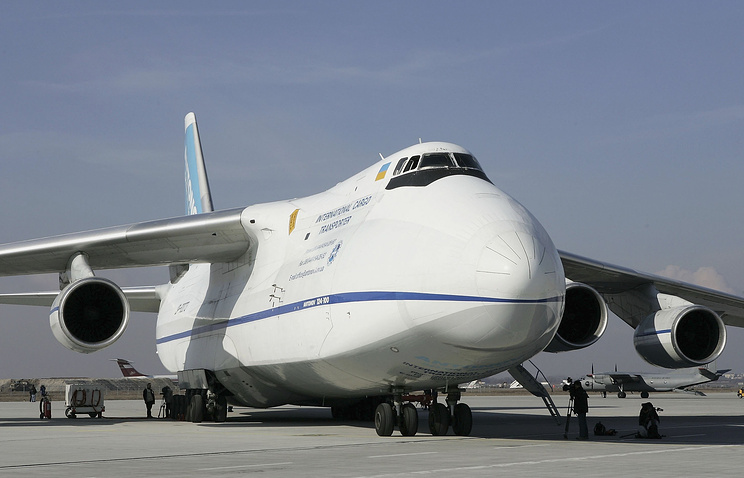 KIEV, July 26. /TASS/. Ukrainian aviakontserna “Antonov”, produced earlier, the world’s largest aircraft An-124 “Ruslan” and An-225 “Mriya” will be completely eliminated within two months. The job of the government of Ukraine gave the Commission headed by Deputy Minister of economic development and trade Yuri Brovchenko.

It should “provide measures for the elimination of the concern within two months, and three months later to present to the government of the liquidation balance sheet of the group,” reads the resolution of Cabinet of Ministers from July 19.

The decision on liquidation of “Antonov” was adopted in January 2016. As explained by the press service of the Ministry of economic development and trade, it is taken “in connection with absence of participants”, since all three companies, which actually formed the group, last year released from its composition and was included in the concern “Ukroboronprom”. Thus, the government decided to legally bring the situation into conformity with the real situation.

In fact, the competence of the group was weakened earlier. In November 2016, RNS news Agency reported that the former General designer SE “Antonov” Dmitry Kiva has left Ukraine and moved to Azerbaijan, where he will be engaged in the implementation of aviation projects in the country.

President of the Center for system analysis and forecasting Rostislav Ishchenko told the newspaper “Moskovsky Komsomolets” that the company de-facto has been eliminated. “Most of highly skilled employees seeking to work in the specialty, moved to Russia. That they are employed on the Russian aircraft plants, said (Deputy Prime Minister) Dmitry Rogozin,” – said Ishchenko.

According to the newspaper “Military-industrial courier” (“MIC”), in the Chinese puchen County, Shaanxi province on completing the construction of the open production area Loango, where they will live and work 2 thousand employees of the Ukrainian KB Antonov that was the result of cooperation with Chinese aviation industrial Corporation No. 1 and CB “Antonov”. According to the newspaper, China plans to pay special attention to the project of manufacture of planes An-225 “Mriya”, An-124-100 “Ruslan” and An-70. Earlier the competence of the Antonov design Bureau is allowed to start operation of the ejection start for deck-based fighters at the air base of the naval forces (Navy) people’s liberation army (PLA) “Xingcheng” in Liaoning province, said “MIC”.

Previously part of the group consisted of the enterprise “Antonov” and Kharkiv state aviation production enterprise and state enterprise “Plant 410 GA” in Kiev.

14 September 2015, the concern “Antonov” has also been removed from the Russian-Ukrainian joint venture “UAC-Antonov”, which was engaged in development of several new aircraft.

Aviation experimental design Bureau under the direction of Oleg Antonov was established on 31 may 1946 at the Novosibirsk aviation plant. In 1952 it moved to Kiev, where he engaged in the creation of military transport and passenger aircraft of the “An”. Until recently, the group led the development of the new aircraft An-178. In the media earlier, there were also reports that he can deal with the issue of unmanned aerial vehicles ordered by the Armed forces of Ukraine.