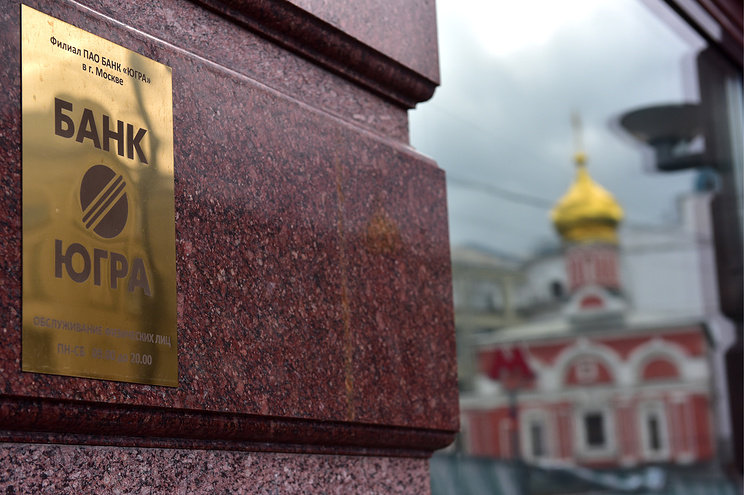 The Bank “Ugra” has filed a lawsuit in the Moscow Arbitration court demanding to recognize illegal the decision of the Central Bank of the moratorium on satisfaction of creditors ‘ claims and the introduction of temporary administration. Earlier the state office of public Prosecutor has submitted the protest on actions of the regulator.
Meanwhile, about a third of the planned insurance claims issued to depositors of the Bank in the first two days of the payment agent banks – Sberbank, VTB 24, Rosselhozbank, “URALSIB” and “Opening”. A decision on the future of “Ugra” is not predetermined and will be decided by the outcome of the interim administration, the head of the Bank of Russia Elvira Nabiullina.

?
Why is the problem of the Bank “Ugra” has caused such resonance?

The Bank of Russia from July 10, 2017 the moratorium on satisfaction of requirements of creditors of the Bank “Ugra” for the period of three months. Simultaneously, the controller for six months was assigned to Agency on insurance of contributions (ASV) the functions of the provisional administration of the Bank, said the Central Bank.

This is a fairly large Bank, he was in the top-30 Russian credit institutions. In 2012 he was only 272-th place in the ranking of banks by total assets. However, in recent years, the Bank “Ugra” has attracted individuals ‘ deposits at fairly high interest rates and largely due to this dramatically increased the assets.

In Agency on insurance of contributions (ASV) TASS reported that the volume of deposits is 181,5 billion rubles. A large part of the deposits covered by insurance is the responsibility of the Agency is estimated to 169,2 billion. The DIA acknowledged that it is the largest insured event in the history of the Agency.

Another intrigue: for the first time in the history of Russia, the General Prosecutor’s office appealed the decision of the Central Bank on the introduction of temporary administration and the moratorium on satisfaction of requirements of creditors. The Central Bank dismissed the protest.

?
Was there any prerequisites for the emergence of a dangerous situation in the Bank?

Yes, there was. Back in the fall of 2016, the Central Bank has demanded from Bank to limit the attraction of deposits of individuals. However on the Bank’s website and then offered to open a Deposit at a fairly high percentage, which suggests that the Bank “Ugra” has somehow bypassed the demand regulator.

25 April 2017 in the work of the Bank’s information systems failed, resulting in up to 27 April on the part of investors were having difficulty obtaining funds. Representatives of the “Ugra” explained the problem “by disturbances in the external energy supply”. After a crash, the Central Bank of Russia began unscheduled checks in the Bank.

According to media reports, in may 2017, the Central Bank ordered the “Yugra” to increase reserves amounting to more than 40 billion rubles.

?
As the Central Bank explains its actions, and why the Prosecutor General’s office protested against them?

“Over the past few months we have indications that the statements provided by the Bank itself, is unreliable. We also have signs of possible assets and possible manipulation of the deposits”, — the Chairman of Bank of Russia Vasily Pozdyshev explained the introduction of the Bank “Ugra” of the interim administration. Thus in a press-service Ministry of internal Affairs stated that they had not received from the Central Bank of materials on possible criminal withdrawal of assets from the Bank “Ugra”.

The introduction of the moratorium on satisfaction of requirements of creditors of the Bank means that the Bank suspends to fulfill its obligations before creditors (i.e. those who gave the money to the Bank). In this period of interim administration — in this case, the Agency on insurance of contributions (ASV) — assesses whether the organization money to return all deposits and money in Bank accounts.

The Central Bank shall adopt such measures if he has reason to believe that the Bank will not cope with their obligations — that is, it has less money than it needs.

In turn, the Prosecutor General’s office claims that the Bank of Russia did not reveal violations of mandatory standards of the Bank “Ugra” and notes that the institution is financially stable credit institution has sufficient liquidity and has sufficient funds to carry out activities. Thus, the introduction of temporary administration and the moratorium imposed unreasonably and this requirement should be abolished.

?
The Bank “Ugra” will go bankrupt and he’ll lose his license?

Possibly, but not necessarily. ASV in the near future will determine the financial position of the Bank. If the size of the “hole”, that is, the difference between assets and liabilities is small, then “Ugra” will sanitize: the new administration of the Bank will receive from the Bank or authorized Bank of means to restore normal operation. In this case, the organization over time, but not earlier than three months, will resume. Experts believe that this scenario is quite possible.

But if the hole is large, it will start the procedure of bankruptcy of the Bank.

The President of the Bank “Ugra” Alexey Nefedov says that “all regulations and capital requirements to be met in full, the Bank has the necessary liquidity” — which means that the option of rehabilitation more likely.

The head of the Bank of Russia Elvira Nabiullina says that the decision on the future of the Bank “Ugra” is not predetermined and will be decided by the outcome of the interim administration.

The Bank “Ugra” is a member of the state Deposit insurance system. Insured all deposits and the money in the accounts of individual entrepreneurs (IP) in the amount of 1.4 million rubles. These funds, the Agency will be returned to you in full.

Payments to individuals has already begun — they are produced Sberbank, VTB 24, “Opening” and Rosselkhozbank. Advice you can obtain telephone hotline DIA: 8-800-200-08-05

For the first two days payments, VTB24 and “Discovery” issued to depositors of “Ugra” about a third of planned insurance claims. The agricultural Bank has paid about a quarter of the total amount of insurance payments allocated to the credit organization for payments to depositors of “Ugra”. It is noteworthy that more than half of the investors decided to open the contribution to the reimbursement of the issuing Bank.

Means of physical persons and individual entrepreneurs in excess of the insured amount of 1.4 million rubles, and also all funds from legal entities (except IE) will return only after the beginning of procedure of bankruptcy. The Bank’s assets will be divided among all of whom he should.

The Director of banking supervision Department, Bank of Russia, Anna Orlenko said that the volume of funds of legal entities in the Bank “Ugra” does not exceed 2.2 billion rubles.

However, it is possible that prior to the bankruptcy will not come. If DIA decides to carry out reorganization of the Bank, and not to start bankruptcy proceedings, all the money in the accounts will remain.

No, you cannot. You must fulfill your obligation to pay the loan in full — but now you should not Bank and ASV.