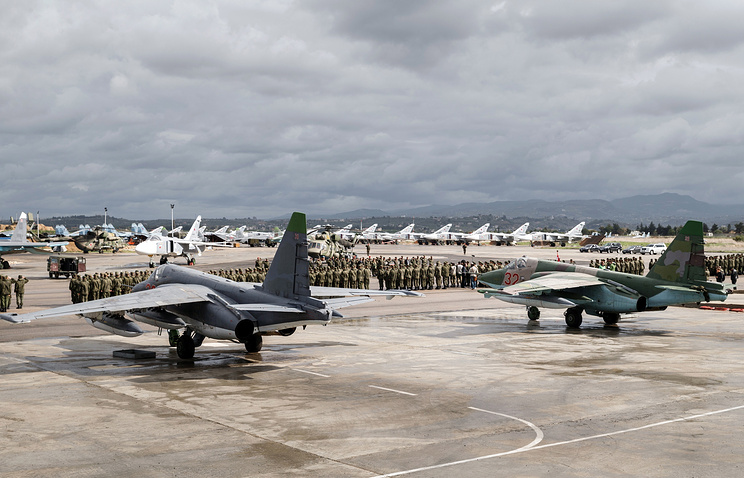 DAMASCUS, July 25. /TASS/. Russian HQs not caused strikes in Eastern ghouta, and reports in the Western media about the air strike – an absolute lie, said Tuesday at the Russian Centre for reconciliation of the warring parties.

“Reports in the Western media with reference to funded by the UK “White helmets” and the London “Observatory on human rights in Syria,” about the alleged air strike on the evening of 24 July, at the area of de-escalation “Eastern ghouta” – an absolute lie aimed at discrediting the peace process. In the course of working contacts with representatives of opposition groups in Eastern ghouta confirmed that no fighting in this area of de-escalation was not conducted, the air strikes was not”, – stated in the message.

In the center of the reconciliation of the warring parties said that the so-called volunteers “White helmets” is compromised in early 2017 in Aleppo. Now they are in the zone of de-escalation “Eastern ghouta” no, because from Aleppo, they went to Idlib, the report said.

From 12:00 GMT July 24, 2017 in Eastern ghouta there is an agreement on the functioning of the zone of de-escalation, one of the key points which is the complete cessation of fire.

Earlier, the chief of the Main operations Directorate of the General staff of the RF armed forces, Colonel-General Sergey rudskoy has informed that representatives of the Ministry of defense of Russia and the moderate Syrian opposition at a meeting in Egypt failed to agree on the manner of functioning of this zone. Now on its territory has already deployed two CAT, and four observation posts.